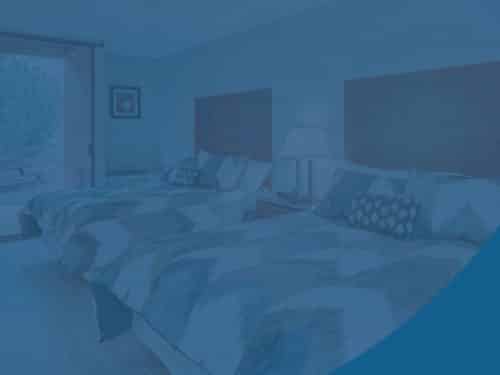 Often, people with alcohol use disorder will be battling another condition, such as a mental disorder. The combination of the two is called a dual diagnosis, comorbidity, or co-occurring disorder. Studies have shown that many people with antisocial personality disorder are more inclined to abuse alcohol and eventually become dependent on it.

The Correlation Between Alcohol and Antisocial Personality Disorder

People with antisocial personality disorder – ASPD – may exhibit impulsive behavior as well as aggression even when slightly provoked. If they use alcohol, which is very likely, they may become even more aggressive. If a person has a dependence on alcohol as well as ASPD, he or she has a condition known as a comorbidity, co-occurring disorder, or dual diagnosis.

An alcohol use disorder (abbreviated as AUD) is characterized by a lack of control where alcohol is concerned. People with AUDs are frequently under the influence of alcohol. When they are not, they may be in a foul mood and display other negative symptoms.

If people have AUDs, they may be dependent on alcohol to the extent that they are unable to function without it in their systems. People often assume that one has to be an alcoholic to abuse alcohol, but that is not always the case. Alcohol also worsens conditions such as antisocial personality disorder.

People with dual diagnoses that consist of alcohol abuse as well as ASPD may exhibit these characteristics:

Learn About Our Dual Diagnosis Treatment

How Serious Is Antisocial Personality Disorder?

It may not receive the attention that other mental disorders receive, but antisocial personality disorder may be just as serious. Those with the condition may pretend to be victims so that they may manipulate those close to them and even violate their rights.

People with ASPD put themselves in harm’s way with little regard to self and others. Many are good at talking themselves out of trouble. At the same time, they are not available emotionally and may show no remorse if they do something wrong. Because they exude selfish behavior, they may break the law without thinking twice.

Did you know that at least one percent of the U.S. population has antisocial personality disorder and that the majority of people with the condition are men? Only about 46 percent of people with the disorder seek professional help. Signs and symptoms of ASPD exhibit early, so that at adolescence, many people already display characteristics of the disorder that they may carry to adulthood. A few signs that people may suffer from ASPD include:

Before it finally received a proper medical diagnosis, ASPD was referred to as moral insanity or sociopathy. It has also been regarded as psychopathy and sociopathic personality disorder. Now that there is enough information, ASPD has been classified as a mental disorder and those suffering are seen to exude a level of disconnection with their environment before they show the external signs. They will first be unattached to the people around them, and this lack of attachment will show outwardly as aggression and impulsiveness, according to the NIAAA (National Institute on Alcohol Abuse and Alcoholism.)

Yet another trait noted among ASPD sufferers is their egocentric nature. They measure their success against materialistic achievements and so they will not care who they hurt when they set their goals. Since they are incapable of remorse, they will mostly be unable to handle intimate relationships. Instead, they will manipulate and even make their partners feel bad for their own personal gain.

A person could start showing signs of ASPD at an early age, even before he or she is within the legal age for alcohol consumption. This illustrates that the condition is not always related to alcohol use or abuse, but may also be related to environmental factors and a person’s genetics.

Definitive causes of ASPD are not known. What role does alcohol play in antisocial personality disorder? For many people, it will directly or indirectly influence their aggression.

When one consumes alcohol, several triggers are activated in the brain. Serotonin and gamma-aminobutyric acid (GABA) are some of them. Since these substances are linked to aggressive behavior, they may also be linked to antisocial personality disorder. Alcohol consumption may cause reactions in the brain that worsen ASPD.

Some researchers have linked the disorder to environment. One study indicated that people who were abused as children or had antisocial parents were more likely to have ASPD than people who had more normal childhoods. People with ASPD who have not been diagnosed could be starting fires or treating animals cruelly. Because these activities are illegal, a number of people with ASPD are also found in prisons.

Does Alcohol Use Automatically Lead to Antisocial Personality Disorders?

No, that is not always the case. Using or abusing alcohol does not mean that people will automatically exhibit symptoms of antisocial personality disorder. But people with ASPD are more likely to be dependent on alcohol.

It is also true that those who show signs of aggressiveness even before they use alcohol are likely to show elevated levels of hostility when drunk. They may become aggressive, reckless, and behave as if they do not have any cares in the world, which are all signs of ASPD.

Aggressive behavior impacts negatively on the people who display this behavior and everyone around them. They may display elements of antisocial personality disorder, which may include:

When people say that people suffering from ASPD lack remorse, it means that they may not have the same feelings that people without the disorder have. They are not remorseful because they do not feel the same emotions of guilt, empathy or anxiety that other people experience. They may not realize when they have done something wrong.

According to some people with antisocial personality disorder, as long as they are not caught for doing those things, they will keep doing them, since they see nothing wrong with them. While it may seem clear to you that they need help, they do not see anything wrong and may not seek professional help for their dual diagnosis.

ASPD may be one of the hardest disorders to recognize. Many sufferers do not know that they have it. They could also be using alcohol, but since they believe that they can control both disorders, they are not in a rush to seek help.

If a person has an alcohol use disorder, it is crucial that the two disorders be treated simultaneously, which is why some rehab centers will offer dual diagnosis treatment together. Any form of treatment for these two disorders is better than nothing.

While it is difficult to overcome a dual diagnosis of ASPD and alcohol abuse, it is not impossible. People need to be willing to seek help so that they may experience the consequences of their actions.

Many people suffering from co-occurring antisocial personality disorder as well as alcohol dependence are not willing to seek professional help, but family members and authorities may intervene to make them seek the help they need before something bad happens. Where possible, treatment should be started as soon as possible so that people with the disorder may find relief and live more harmoniously with others.