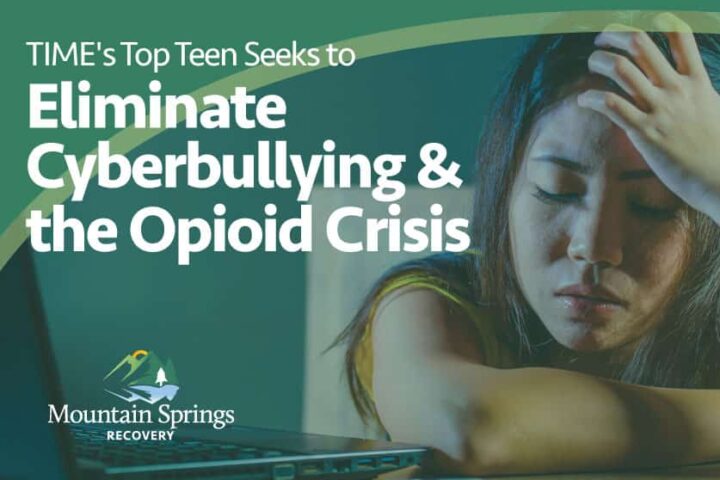 TIME Magazine looked at more than 5,000 nominees ages 8 to 16 to choose one Kid of the Year. The winner is a 15-year-old teen from Lone Tree, Colo.

Not only did Gitanjali Rao secure the top honor, but she’s also the first to earn the distinction. She also was interviewed by actress and activist Angelina Jolie. Like Jolie pushing to make the world a better place, Rao has that in her sights as well.

Rao plans to utilize technology to tackle cyberbullying, clean water issues, and opioid addiction. By the time she was in second or third grade, she says she wanted to use science and technology to bring about change for the better.

For cyberbullying she’s helped develop — with an assist from UNICEF — an app and Chrome extension called Kindly. It utilizes artificial intelligence to detect the early stages of cyberbullying. Someone can type in a text using Kindly, and it’ll read it for a bullying tone. If there’s aggression there, the app gives the option — and a strong suggestion — to edit. Rao says it’s not intended as a punishment, but to make tweens and teens more aware of the impact of their words.

Considering that one in five students ages 12-18 in the U.S. say they’ve been bullied, it stands to do a lot of good — especially when the most commonly reported types of bullying are:

Bullying remains problematic for bully and victim alike since both have been shown to be at higher risk for substance abuse.

Cyberbullying in social media and chat forums has escalated 70% among children and teens since the pandemic moved the classrooms online, so there’s definitely a need to encourage kindness.

It’s important to know the signs of bullying and what factors make a person more likely to bully or be a victim, but it’s also vital to try and put a stop to it as early as possible. Bullying — both as a victim or as a perpetrator — do a number on one’s self-esteem.

The goal is personal for Rao, too, since she’s a “Southeast Asian female teenager” who has already experienced racist, sexist, and ageist feedback.

In addition to taking on bullying, Rao is also working on ways to better detect parasites and other bio-contaminants in water. (In 2017, when she was 11, Rao garnered attention for a small device that tested drinking water for lead. The then-tween was motivated by the Flint water crisis.)

As for the opioid problem, she hopes to develop a product that can better predict prescription opioid addiction by examining protein production in the mu opioid receptor gene.

The need is there. In 2017, the U.S. Department of Health and Human Services declared the opioid epidemic a public health emergency, with more than 130 people dying each day from opioid-linked drug overdoses. In 2016 alone, more than 42,000 people died as a result of opioid misuse or abuse.

stopbullying.gov – What Do Bullying and Youth Substance Use Have in Common? More Than You Think

hhs.gov – What Is the U.S. Opioid Epidemic?