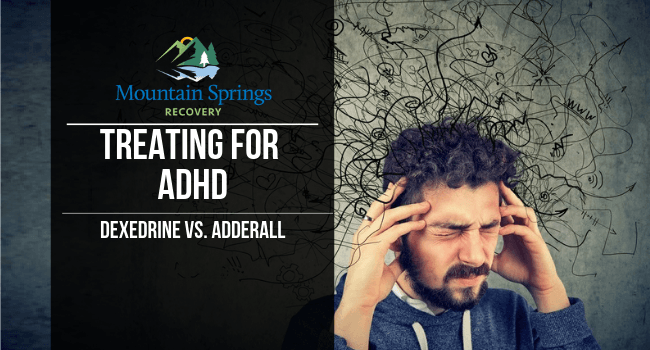 Attention deficit hyperactivity disorder (ADHD) is a medical condition that impacts one’s behavior, attention, and focus. Symptoms of ADHD can include:

ADHD is often diagnosed during childhood and adolescence, although in some cases, the condition is not initially diagnosed until adulthood. In many individuals, ADHD often occurs with other issues, such as autism spectrum disorders, anxiety, depression, and learning disabilities.

Treatment for ADHD is often multi-faceted. Behavioral interventions and counseling have been shown to help patients learn appropriate behaviors, coping techniques, and symptom management. Exercise and diet also can impact symptoms. However, in most cases, individuals with ADHD are prescribed medications to help increase concentration and focus, as well as manage hyperactivity, intrusive or disruptive thoughts, and impulsive behavior.

ADHD can be treated with a variety of medications, although the most commonly prescribed are stimulant medications, such as Dexedrine and Adderall.

Dexedrine, also known as Desoxyn, refers to dextroamphetamine. The FDA first approved the drug in 1976. It is most often used to treat ADHD, but is also approved for treating cases of significant obesity, as well as narcolepsy. For individuals with ADHD over the age of six, the typical starting dose is 5 mg twice a day. The maximum daily dose of Dexedrine is 40 mg.

Adderall is the brand name for the combination of dextroamphetamine and amphetamine. It is also approved for the treatment of narcolepsy. The FDA approved the drug for use in treating ADHD in 1996.

Adderall was previously approved under the name Obetrol for treating obesity in the 1950s through the 1970s, but Obetrol was withdrawn from the market in 1973. It was reformulated, rebranded, and sold as Adderall beginning in 1994.

The starting dose of Adderall is typically between 2.5 and 5 mg daily every four to six hours. The typical maximum dose of the medication is 60 mg daily.

Similarities Between the Medications

Both Dexedrine and Adderol are stimulant medications used to treat ADHD, and are also approved for treating narcolepsy. The FDA has approved the use of both of these medications for children aged three and up who have been diagnosed with ADHD. Both are also currently classified as a Schedule II controlled substance.

The two medications both contain forms of the synthetic compound amphetamine. They affect the central nervous system, and in particular, neurotransmitters in the part of the brain responsible for controlling alertness and attention. While the exact mechanisms are not yet known, these medications are thought to increase the effectiveness and release of serotonin, dopamine, and norepinephrine.

Differences Between the Medications

The difference between the two medications primarily is with the chemical makeup. Dexedrine is made of d-amphetamine and is available as both a standard formula and a sustained-release formula (Dexedrine Spansule).

In contrast, Adderall is made of three parts of d-amphetamine to one part l-amphetamine. There is a standard formula, in addition to Adderall XR, which is an extended-release formulation.

Adderall’s combination of ingredients tend to result in more frequent and intense side effects compared to dexedrine. However, some people might experience increased benefit over dexedrine, especially in terms of focus, attention, and controling impulsive behaviors. 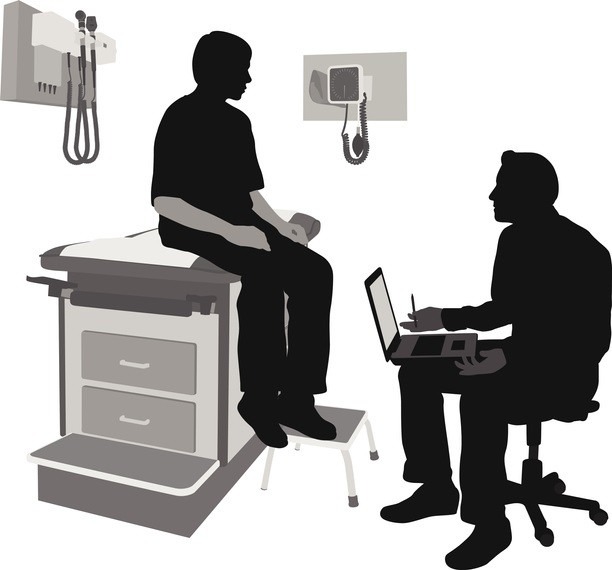 Both Dexedrine and Adderal require a doctor’s prescription for use in treating ADHD. The standard formulations of Desoxyn and Adderall may be taken several times a day (typically first thing in the morning and then again in the afternoon). If an extended-release formulation is prescribed, the individual would take the medication once per day, typically in the morning.

Both medications come in both capsule and tablet form and are typically prescribed at the lowest dose possible. Increases to the dosage are prescribed over time if the medication stops working as expected.

Because these medications are stimulants, they should not be taken near bedtime. If taken in the evening, the medications may impact your ability to sleep.

All medications have some potential risks and side effects, regardless of their possible benefits. Amphetamine-based medications can have potential adverse effects on a user’s heart. In fact, the FDA issued a black box warning stating that misusing any amphetamine can result in serious cardiovascular reactions, including sudden cardiac death. It is essential to take these medications exactly as prescribed by a doctor and to take the lowest possible dose. If an overdose has occurred, it is essential to contact Poison Control or call 911 immediately.

There are several medical conditions for which both Dexedrine and Adderall may be contraindicated. These include:

Additionally, both Adderall and Dexedrine may be contraindicated in women who are pregnant or breastfeeding. Both medications can affect developing fetuses, causing premature birth or low birth weight. In addition, the medications have been shown to pass through breast milk, affecting the infant.

Both medications might also act as an appetite suppressant. This means that you may not be hungry when taking the medication. If this appetite suppression is too severe, it is possible to become malnourished or to lose too much weight. If this occurs, it is important to seek medical help. Your doctor might be able to prescribe an appetite stimulant to help. In addition, eating breakfast right before taking your medication can help you get nutrition first thing in the day. Lunch and dinner should be planned for when the effects of the medication begin to wear off. Some individuals have found it easier to eat frequent small meals throughout the day rather than eating three larger meals while taking Dexedrine or Adderall. 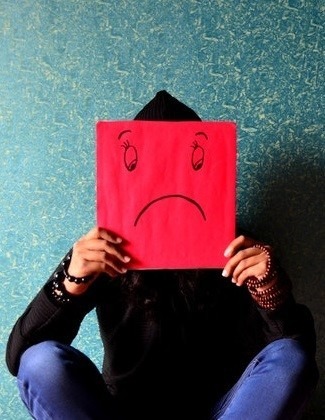 There are many common side effects that can occur with Dexedrine use. The most significant side effect is increased blood pressure, which may make hypertension or heart conditions worse. In addition, Dexedrine may cause the following:

Dexedrine can also result in priapism, which is a penile erection that lasts for longer than four hours. If this occurs, you must contact a doctor immediately.

Because Adderall is similar in structure to Dexedrine, the possible side effects are the same, including the cardiovascular, appetite, growth, and gastrointestinal symptoms. Adderall can also cause priapism, peripheral vasculopathy, and a worsening of psychiatric or seizure disorders.

Besides the side effects shared with Dexedrine, Adderall has additional possible side effects. One such effect is alopecia, which means the loss of body hair and hair on the scalp. In addition, Adderall can potentially cause motor tics or speech pattern changes that mimic Tourette Syndrome. If this occurs, a reduction in dose or changing to a different medication may be required.

Because of Adderall’s specific profile, studies have found that side effects, such as agitation, restlessness, excitability, anxiety, nausea, and stomach pain are more common with Adderall than with Dexedrine. In some people, these increased side effects may not be tolerable and the dose may need to be reduced. In some, switching to Dexedrine might be more tolerable.

There are several possible drug interactions that Adderall users should be aware of. Like with Dexedrine, Adderall can interact with decongestants and antihistamines used to treat symptoms of colds or allergies. Additionally, interactions with antidepressants, sodium bicarbonate, or blood pressure medications may occur. 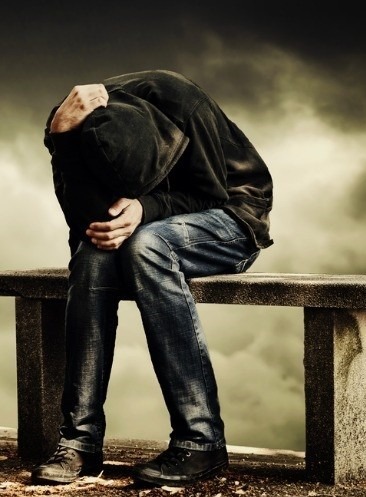 Both medications are classified as Schedule II controlled substances. This means they can be habit-forming and caution must be used when these medications are prescribed to individuals with a history of substance abuse. If Dexedrine addiction or Adderall addiction develop, the individual may require substance abuse treatment, including inpatient or outpatient rehab, as well as assistance in coping with the withdrawal symptoms of Adderal or Dexedrine use. This is often called dual diagnosis treatment.

It is important to recognize the signs of stimulant dependence so that you can get help weaning off the medications if necessary. Common signs of Adderall or Dexedrine addiction include:

If you or someone you know exhibits signs of Adderall or Dexedrine dependence, abuse, or addiction, it is important to seek help immediately.

Dexedrine vs Adderall: Which is Best?

Because every person with ADHD is different, there is no one best medication. While both Adderall and Dexedrine have similar profiles, an individual can react differently to one compared to the other. In some cases, a doctor might prescribe a trial of each to determine which medication is more effective with fewer side effects.

In some cases, a person’s pre-existing conditions might impact the decision to prescribe a particular medication. For instance, because Dexedrine has known drug interactions with insulin, Adderall might be preferred for those with diabetes. Individuals taking lithium might be prescribed Dexedrine due to the risk of drug interactions between lithium and Adderall.

If you have a bad reaction to one, it does not mean the other medication won’t be effective. It is important to be honest with your doctor about any side effects you are experiencing and about whether you are receiving the anticipated benefit from the medication.

Our Response to The Corona Virus Health Concern