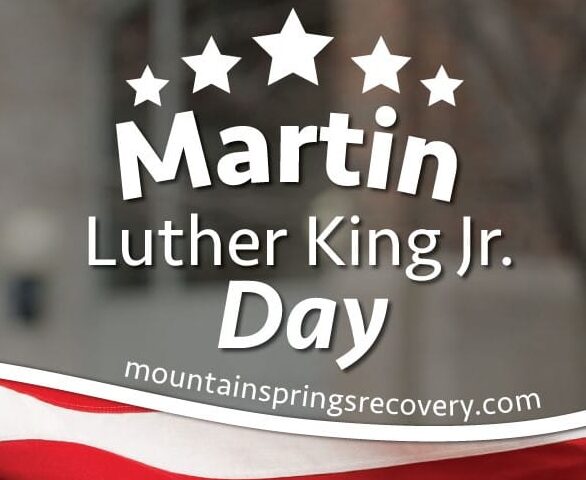 Martin Luther King Jr. called out for justice and equality, most famously on Aug. 28, 1963, when he delivered his “I Have a Dream” speech at the Lincoln Memorial.

He spoke during the centennial year of the Emancipation Proclamation, which freed the slaves. (That’s the short version, anyways, since it didn’t affect loyal border states or seceded southern states which had already fallen to the Union, but it remains as a watershed moment, providing the promise of freedom to millions.)

Dr. King may have spoken nearly 60 years ago, but his message remains evergreen, to want to be judged on the basis of character rather than skin color. Wanting to see and working toward an end to police brutality remains a very real issue — for proof, just consider George Floyd’s death and those of many, many others just in 2020 alone.

Mental Health and the Black Community

Black Americans are at higher risk for mental illness, in large part due to racism and related trauma. Black history in the U.S. has experienced a few great historical leaps forward — the Emancipation Proclamation, the civil rights era, the election of the first Black U.S. President in 2008 — but there are many stumbles backward, too.

Mental illnesses like substance abuse are sometimes rooted in biology, but outside factors play a significant role, too. Consider that the Black community makes up about 12% of the U.S. population, but half the prison population, nearly half of the children in the foster care system, and 40% of the homeless population are black.

Racism — both institutional and overt — has a profound effect on mental health, fueling depression, anxiety, and stress. (After Floyd’s May 25, 2020 death, the National Alliance of Mental Illness declared racism a public health crisis.) Then, of course, people with some form of mental illness tend to face stigma and discrimination.

Those in turn have the potential to steer a person toward substance use and substance use disorders. Having a different skin color or coming from a culture apart from the majority can put a person even more behind the eight ball, so to speak, essentially all the more visible yet apart.

It’s a vicious cycle, to say the least.

The scars inflicted by history may never truly vanish, but cultural sensitivity and culturally competent care can make a difference.

Finding ways past barriers like systemic racism and the stigma surrounding mental illness can help. Fortunately, resources that focus more on Black mental health are available, to help people on their healing journey.

Then maybe one day all can be judged by the content of their character. Period.

npr.org – ‘I Have A Dream’ Speech, In Its Entirety

nami.org – Discrimination and Racism in the History of Mental Health Care