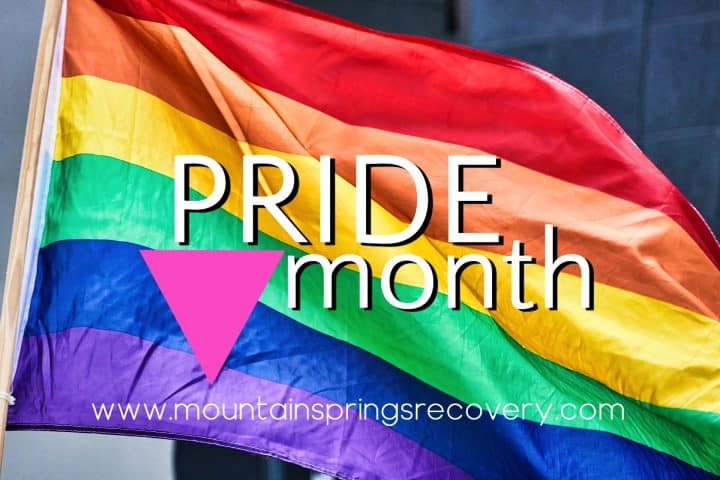 The Pink Triangle: The Symbol of Gay Pride Carries a Dark History

One key symbol of Gay Pride is the pink triangle. Bright and lively, today it’s a show of solidarity, but it has its origins in one of the most heinous times in history.

In the 1930s and 1940s, Nazi Germany persecuted many groups, including LGBTQ individuals. Gay men in particular were imprisoned (and tortured and murdered) in concentration camps. To identify their so-called flaws against Nazi ideals, they were forced to wear upside-down pink triangles sewn onto their shirts.

There, they were considered the lowest of the low. (Some lesbians were forced to wear black triangles, labeled as part of an “asocial” group, since laws of the time — specifically “Paragraph 175” — didn’t address women’s homosexuality as explicitly as they did men’s.)

That rosy triangle of shame, however, has evolved over the decades into a simple yet powerful symbol within the LGBTQ community.

In the early 1970s gay concentration camp survivor Heinz Heger wrote a memoir, translated to The Men with the Pink Triangle.

Advocates began calling for gay men to wear it as a way to remember victims of the camps, and also as a form of protest against ongoing discrimination. Much of the 1970s, in fact, were a time to ensure the horrors World War II leveled against gays would not be forgotten.

In the 1980s the pink triangle continued to evolve. Gays started using it not only to remember the past, but also as a symbol of identity, both of the self and of the community.

It also became a code of sorts. Those in the know would see the pink triangle and know they weren’t alone, that they were safe, accepted, among their own.

Sometimes the symbol is flipped, pointy side up. Protestors did that as they fought for more progress in fighting the AIDS epidemic, especially in the 1980s and 1990s. Others turn the triangle as a way an act of defiance, a way to subvert the original intent.

Today it serves as a reminder of the past, a source of pride, and a rallying cry that the horrors of the past should not repeat themselves.

That reminder to never forget remains valid to this day, as discrimination remains a very real problem for the LGBTQ community.

Anti-LGBTQ legislation is still being passed, and more bills may be signed into law in the weeks, months, and years to come. That such battles still rage, and prejudice remains real, means it continues to wound the LGBTQ community.

One analysis of 300 studies found that 95% of reviewed papers found links between discrimination and harm to health. The effects can be compounded for smaller subgroups, including people of color, youth, and transgender individuals.

Discrimination can hurt in many ways, including a raised risk of mental health problems like depression, anxiety, suicidal behaviors, trauma, and substance use (and potential addiction). Physical health can be impacted, too, including a greater likelihood of cardiovascular disease (which can be worsened by stress and other mental health issues).

history.com – The Pink Triangle: From Nazi Label to Symbol of Gay Pride

outfrontmagazine.com – The Dark History Behind the Pink Triangle

commons.emich.edu – The Persecution of Homosexuals During the Holocaust