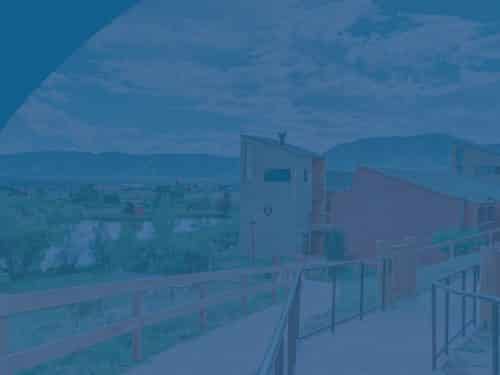 Everyone experiences stress and stressful events. Many individuals who go through situations associated with trauma do not necessarily develop serious mental disorders, but some do experience severe psychological reactions.

Post-traumatic stress disorder (PTSD) occurs in some people who experience traumatizing events. People with PTSD develop various dysfunctional behaviors, reactions, and symptoms that affect their ability to function. Being depressed after losing a loved one may not be a sign of PTSD, unless medical professionals determine that the length or intensity of a person’s bereavement is dysfunctional.

More than 19 million U.S. residents aged 12 or older had some kind of addiction or substance abuse disorder in 2017, according to the Substance Abuse and Mental Health Services Administration (SAMHSA). About 50% of individuals who seek treatment for substance use also have post-traumatic stress disorder. People who have co-occurring PTSD and substance use disorder (SUD) have poorer outcomes of treatment than those who do not have such comorbidity (the presence of two or more conditions at the same time).

Individuals suffering from PTSD are more likely to have substance abuse and addiction disorders. Post-traumatic stress disorder may be caused by various kinds of trauma. It may occur after people witness or experience physical or sexual assault, fight or live in a war zone, or become involved in car accidents.

Past theories suggested that people suffering from these concurrent conditions first needed treatment for their addiction, and then for their PTSD. Modern studies suggest that receiving treatment for drug or alcohol abuse and PTSD at the same time may produce better results. The integrated treatment approach is thus recommended to treat both disorders in tandem.

Although addiction or substance abuse go hand-in-hand with PTSD, the relationship between these two disorders is complex and difficult to define. Trauma may contribute to substance abuse and addiction. For example, people who suffered abuse in their childhoods may struggle with drug or alcohol addiction in adulthood.

Often, PTSD relates to self-medicating behaviors. People with PTSD may indulge in excessive alcohol consumption or use drugs to avoid feeling the emotional pain associated with their mental disorder or to detach from emotions they find overwhelming. If they already abuse alcohol or drugs, people may be more likely to develop PTSD.

Researchers noted that studies have found that “individuals with a pre-existing alcohol use disorder (37.5 %) or SUD (41.5 %) met criteria for PTSD at higher rates following the Oklahoma City bombing than those without prior SUD.” (SUD stands for substance use disorder.)

People who abuse drugs or alcohol are at a higher risk of experiencing trauma. Drinking alcohol or taking illegal substances lowers inhibitions. Misusing substances also makes individuals more likely to become involved in risky behaviors, such as driving under the influence of drugs or alcohol or practicing unsafe sex.

Individuals who abuse substances have a higher risk of harming themselves or experiencing and witnessing traumatizing events. Addiction may cause cognitive and emotional impairment that may lower their ability to cope with the effects of distressing experiences, thus leading to conditions such as post-traumatic stress disorder.

How Does Addiction Relate to PTSD?

According to the journal Alcohol Research & Health, many people with PTSD turn to alcohol abuse to boost the endorphins naturally produced by the brain. The mood-boosting effects that arise from the use of alcohol are only short-lived, however.

With an increased intake of alcohol, people may become chemically dependent, meaning they will need more alcohol to produce the same numbing effects. With time, dependence turns into addiction. Addiction is characterized by habitual use of the substance, increased tolerance, and persistent abuse of alcohol or drugs despite their devastating effects.

Dependence on substances is often described as a form of self-regulation. It may not be different from self-injury or other kinds of impulsive behaviors related to trauma. Addiction may occur when individuals try to block intrusive memories, disconnect from anxiety, and end hypervigilance.

When drugs or alcohol are used to help manage symptoms of PTSD, the symptoms of the mental disorder only worsen. As depressants of the central nervous system (CNS), opioid drugs and alcohol may worsen anxiety and depression and interfere with an individual’s sleep patterns.

People may mistakenly think that treating trauma is going to stop their drug or alcohol abuse, but it is likely that their addiction will continue to persist. That’s because substances such as alcohol and drugs hijack the reward system of the brain. Individuals develop tolerance, meaning they need more of the drug or alcohol to create the same effects they once produced.

Such complex interactions mean that addiction issues need to be addressed alongside post-traumatic stress disorder and other mental illnesses. Successful recoveries require people to understand the trauma symptoms they have been attempting to treat by drugging or drinking.

Signs That an Individual May Be Abusing Drugs

People who are abusing alcohol or drugs may have various symptoms, such as:

Signs That a Person May Have PTSD

An individual suffering from PTSD may have various symptoms. They may be:

What Causes PTSD and Addiction?

Any traumatic event could cause PTSD, even many years after the painful experience occurs. Substance abuse often occurs at the same time as PTSD. There are also situations that may contribute to a greater likelihood of substance abuse or addiction and PTSD.

Military veterans are among the groups of people who are at a higher risk of suffering from PTSD and addiction or substance abuse. The National Center for PTSD says that “almost 1 out of every 3 veterans seeking treatment for SUD also has PTSD.” The severe emotional, mental, and physical strain of combat may produce trauma for veterans. This may lead them to misuse alcohol or drugs.

Victims of sexual abuse or domestic violence also have increased risks of addiction. Past or ongoing sexual abuse or domestic violence also raises the likelihood of PTSD. Although individuals may develop post-traumatic stress disorder after being repeatedly victimized, a person may develop PTSD following a single traumatizing event, such as a beating or a rape.

Natural events such as hurricanes, earthquakes, and floods could also trigger PTSD in some people which is sometimes classified as a bipolar disorder. Regardless of what causes PTSD and substance abuse, medical professionals feel that it is important for clients to seek treatment for these conditions concurrently (at the same time).

Treatment for Addiction and PTSD

Individuals suffering from substance abuse and PTSD may use drugs or alcohol if they feel out of control. In most PTSD and addiction cases, past trauma is the primary cause of the drinking and drug abuse. In rehab, you will have the chance to address old trauma and begin to heal. You will also learn healthy coping mechanisms that you can take with you and apply in your everyday life, long after treatment is over.

People with co-occurring disorders suffer from other psychological conditions, such as anxiety and major depressive disorders. Such conditions may contribute to social isolation. If people do not receive the social help they need, their conditions may become worse, so they need ongoing support.

Inpatient treatment programs offer the social support needed to help individuals during recovery. Support is also available from 12-step meetings as well as other peer help groups. Exposure therapy, a technique that uses controlled exposure to factors that may trigger distress, also shows promise in helping people struggling with addiction and PTSD.

Exposure therapy has people face triggers to and memories of the traumatizing event but in safe settings where the individuals have control. People undergoing this technique are guided by therapists or psychologists and may stop such experiences at any time. The sessions are monitored by professionals to ensure these gradual exposures do not overwhelm them.

If a person struggling with a co-occurring disorder receives professional help through an integrated treatment program that address a dual diagnosis (a diagnosis of substance abuse and mental illness), it is possible to address both disorders concurrently. It also gives an individual a better chance of experiencing a sustained recovery.