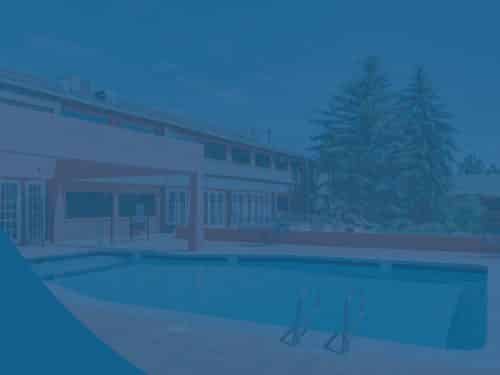 The Signs of a Drug Overdose

One of the riskiest complications of continued drug use is an overdose. Many drug-related deaths are a result of overdoses, and it is easy to develop this complication once a person is hooked. Below are some of the things you might want to know about different kinds of drug overdoses, what causes them, and what you can do for treatment.

An overdose happens when a person takes in a toxic or lethal amount of a substance. People may overdose on many things, such as alcohol, prescription drugs, or a combination of drugs. For example, opioid overdoses occur when there are so many opioid drugs in the body that the person cannot handle them. As a result, the person may stop breathing, experience organ damage, or enter a comatose state.

It is very important for those who struggle with drug abuse to understand the risks of overdose. Below are different facts about various substance overdoses.

Depressants, sometimes known as downers, are substances that depress the brain and other organs. There are several categories of depressants, such as alcohol as well as drugs known as benzodiazepines (benzos) and barbiturates.

Since depressant overdose inhibits or slows down some bodily functions, people who overdose on depressants may experience symptoms such as:

Reduced brain and heart activity may lead to a lack of blood supply, causing severe complications such as:

Barbiturates have been used for their anti-anxiety and anti-seizure capabilities. Two barbiturates include phenobarbital and pentobarbital. The use of barbiturates for medical purposes has declined in recent years. Instead, people are more likely to use drugs known as benzodiazepines (benzos), because they pose a lesser risk of overdose.

Sometimes known as benzos, benzodiazepines are depressant drugs that treat various types of anxiety, convulsions, insomnia, and stress reactions. The drugs are considered safer for short-term use, but long-term dosages may pose a risk for addiction. Common benzodiazepines include diazepam (Valium), alprazolam (Xanax), lorazepam (Ativan), and clonazepam (Klonopin).

Other types of depressants such as zolpidem (Ambien) as well as eszopiclone (Lunesta) are used by people to help reduce insomnia symptoms. They are sometimes known as z-drugs or z drugs because of the spelling of their names.

Opioids/opiates are a variety of drugs that are derived from the opium poppy plant or are created to resemble opium-based drugs. Some prescription opioids are created using the plant directly. Others may be synthesized to mimic the plant’s components. Opioids are used in the medical field because they possess chemicals that help relax the body and reduce symptoms of pain.

Prescription opioids are used to help reduce chronic pain, ease post-surgery pain, or reduce the effects of physical trauma. In other instances, opioids are used to reduce coughing and diarrhea because of their relaxing properties. People who abuse them report that they make them feel high and help them feel calm.

What happens during an opioid overdose?

Similar to depressants, opioids create relaxation and numb people’s pain. Opioids may affect breathing, and when people take them in high amounts, they may cause the following risks:

If the overdose is not addressed immediately, the person may suffer from:

Natural opiates are known as alkaloids, and they have nitrogen basis. They are derived from plants such as the opium poppy. Natural opiates include morphine, thebaine, codeine, and ibogaine.

Stimulants are drugs that produce the reverse effects of depressants. Instead of depressing the body, stimulants stimulate it. For example, caffeine is a stimulant that enhances alertness and may thus improve mental function when people use certain amounts.

Other people use nicotine as a way to improve focus in daily tasks. Nicotine acts as both a stimulant and sedative. Other stimulants, such as Adderall, Concerta, and Ritalin, are prescription medications used to minimize the symptoms of attention deficit and hyperactivity disorder (ADHD).

Some types of stimulants, such as cocaine and some amphetamines and methamphetamine (meth), are illegal. Many stimulants are popular because they help improve focus, provide energy, and increase confidence. These traits of stimulants may cause some people to eventually abuse them.

What happens during a stimulant overdose?

Stimulant overdoses produce effects that are the opposite of depressants. They intensify functions of the body’s vital organs. People who ingest dangerous amounts of stimulants may experience the following signs:

If people do not seek medical attention for overdoses, they may experience serious complications:

Cocaine is a powerful brain stimulant with natural origins. It is made from the leaves of the coca plant originally found in the Andean mountains of South America.

Amphetamines’ effects are similar to the effects of taking cocaine, but there is a noticeable difference in onset and effects. One amphetamine drug is dextroamphetamine, a prescription drug used to treat narcolepsy and attention deficit hyperactivity disorder (ADHD).

Methamphetamine (meth) is a drug that is related to amphetamines. As the prescription medication Desoxyn, it is another drug that treats ADHD. Sadly, meth is probably more infamous in other forms that people produce, sell, and use illegally. In these forms, it goes by various nicknames, including crystal meth, crystal, ice, and many other names.

Ritalin (the brand name for the generic drug methylphenidate) and Adderall (amphetamine and dextroamphetamine) are prescription medications for individuals who have problems concentrating or have diagnosed attention deficit hyperactivity disorder (ADHD). Methylphenidate may also reduce symptoms of narcolepsy. Adderall and Ritalin may improve concentration, increase wakefulness, and provide a sense of euphoria.

First-time users are prone to drug overdoses if they are not aware of dosages and the amounts of substances they can handle. For example, people who take illegal drugs for the first time may be experimenting with substance consumption. They have no idea how much or how little their bodies may handle. This may result in drug intolerance and overdoses.

Highly addictive substances such as heroin or cocaine may tempt people to take higher amounts of the drugs gradually. At first, people may experience strong highs by taking small amounts. But their bodies may adjust, so they eventually need larger and larger dosages to produce the same effects. When people take more drugs than what their bodies may tolerate, overdoses may occur.

Other users attempt to stay away from addictive substances only to encounter a relapse phase when they begin using the substances again. They may take the high dosages that they once took, not knowing that their bodies cannot tolerate the same amounts anymore. Intolerance during this relapse period may result in overdoses.

Overdoses also happen when people use multiple types of drugs simultaneously. Those who speedball (use cocaine and heroin) or mix drugs and alcohol may encounter problems because some combinations of substances may be risky. For example, alcohol mixed with illicit drugs may dangerously impact the kidneys, heart, or brain.

One of the psychological effects of continued drug use is depression. Intentional drug overdoses may occur when depressed people are aware of the lethal impact of drugs and alcohol and try to kill themselves. If you are experiencing suicidal thoughts, immediately call the National Suicide Prevention Lifeline for help (1-800-273-8255).

When to Seek Medical Care

If you or your loved one is experiencing signs of overdose, call medical emergency services immediately. Do not delay, especially if the person has already lost consciousness or is showing extreme distress. Here are some of common signs of overdoses:

If you or a loved one is experiencing symptoms of an overdose, seek help. Overdoses often happen as a result of continued drug abuse, and here are tips to find help.

A drug overdose is a life-threatening condition. If an overdose occurs, seek immediate medical attention by dialing 911. If you are attending to the person in need, ask somebody to call medical services on your behalf.

Note the person’s condition and give your location for a quick response. Doctors and other health care professionals will provide immediate assistance to help stabilize the individual’s condition. After this, the individual may pursue drug detox and rehabilitation services.

After medical treatment for an overdose, doctors and other professionals may check the person’s history for signs of drug abuse. If such abuse exists, they may recommend that the individual undergo a drug detoxification (detox) process.

Rehabilitation services involve a team of health practitioners who will design a program for the individual to succeed in addiction recovery. People may join support groups, undergo therapy sessions, and participate in specific programs (such as 12-step programs) to help overcome problems related to drug abuse.

Drug overdose is a serious condition that may create life-threatening consequences. Consider finding comprehensive information about overdoses and seek help as soon as possible if you or someone you know is experiencing an overdose or other symptoms of drug abuse. Your decision could save a life.