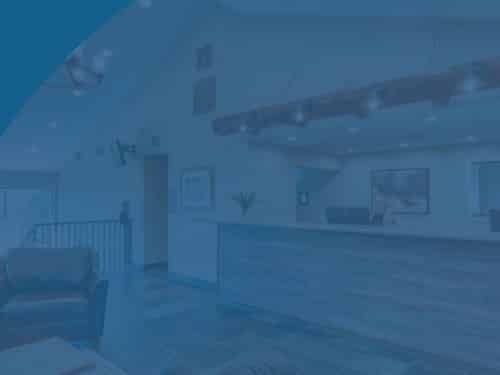 Methamphetamine (meth) is one of the biggest threats the United States is facing today. It contributes to many violent crimes and taxes the efforts of law enforcement and other authorities. The drug is widely available throughout the country, especially in Midwest and West.

Some individuals become addicted to the substance after just one use. Meth releases three times as much dopamine than cocaine does, signifying just how addictive it may be.

Abusing meth means receiving a much higher rush of dopamine compared to what is normally and naturally released by the brain. This strengthens the abusive behavior of the drug and increases the likelihood of binge using.

This drug generates feelings of alertness, euphoria, and confidence, which create strong effects on the brain’s reward system. Once this reward system is rewired, the cravings for this substance may dominate an individual’s life.

Recovering from an addiction to meth is extremely difficult, given how it hijacks the brain’s reward system and impairs a person’s healthy decision-making process. Meth withdrawal symptoms may also be life-threatening.

Thus, it is important for a person to enter a meth rehab program to help him or her break the cycle of abuse.

Meth is one of the names for methamphetamine. Other names for meth include chalk, ice, speed, crank, redneck cocaine, tina, crystal, or glass. The drug may be produced legally or illegally.

Legal methamphetamine is a prescription drug used by people with severe attention deficit hyperactivity disorder (ADHD). It is also prescribed to treat obesity in cases where other treatments have been ineffective. Legal, prescription methamphetamine is known by the brand name Desoxyn and has the approval of the U.S. Food and Drug Administration.

Illicit or illegal meth generally comes in the form of white, odorless powder. It can be injected, snorted, or taken orally. The substance dissolves easily in water and tastes bitter. Crystal meth is an incredibly potent and highly addictive form of meth which consists of small, bluish-white rocks. Given its crystal-like appearance, some say that crystal meth looks like glass fragments.

Many try the drug out of curiosity, to achieve weight loss, or to achieve a feeling of being high. Some use the drug because of the euphoria and energy it gives without regard to its ill effects.

Illicit uses of meth qualify as abuse. When meth is ingested, inhaled, or smoked, it produces an adrenaline rush caused by increases in the blood pressure and heart rate as well as the activation of brain neurotransmitters that induce pleasure. This rush produces strong effects that may last for about thirty minutes.

Once the initial rush subsides, users still experience a steady high that lasts for four to twelve hours. The duration of this feeling depends upon the mode of consumption. Injecting the substance yields a more powerful high compared to snorting or smoking, but the effects of this method of consumption fade more quickly.

Among the effects of meth are:

These effects, plus its easy availability, may encourage individuals to binge on meth. People who take the drug for several days may stay high all throughout that time. But with prolonged use, the drug does not produce the same effects. This is when users increase their dosage to get high.

There are telltale signs to determine if a person is abusing meth. In fact, sometimes the physical manifestations of someone who is meth dependent are difficult to ignore. Among the signs to watch for are:

Increased sexual appetite coupled with the inability to recognize risks make the person vulnerable to sexually transmitted diseases and HIV.

One of the more obvious symptoms is a condition that is known as meth mouth. This condition is characterized by rotting and failing teeth as well as diseased gums. According to the American Dental Association, more than 9 in 10 meth abusers suffer from different types of cavities, while more than 5 in 10 have untreated oral diseases.

Also, people who abuse meth may also experience massive weight loss. That is because meth is an appetite suppressant.

Taking meth is dangerous to one’s health. This fact is widely known. Despite this knowledge, some people still experiment with the drug and eventually become hooked on it. Long-term use of the substance may create serious consequences. Some of the dangers include brain damage and heart disease.

Meth increases the user’s heart rate and blood pressure. Taking large quantities of the drug may cause seizures, overheating, loss of consciousness, or even comas. If people do not immediately receive medical attention during these instances, the effects may be fatal.

The drug also destroys the brain’s nerve terminals that release dopamine. This causes meth dependency and behavioral changes. This damage may not be a big cause of concern since it may be naturally reversed once the user quits taking meth. But it can take several months before the damage is repaired. Users may also undergo strong meth withdrawal symptoms that may be physical and psychological.

Among the potential psychological withdrawal symptoms that must treated is severe depression. Some people who suffer from this condition kill themselves. The severity of this condition indicates why people should undergo meth treatment at a drug rehabilitation center.

Immediate Side Effects of Meth Abuse

Ingesting or smoking meth produces certain effects that may last between four to twelve hours. This period is quite long compared to other substances. Within this time, people may experience side effects such as:

Meth is a powerful stimulant. Even taken in small doses, it has the potential to increase one’s physical activity and wakefulness. Users may also encounter a variety of cardiovascular issues, such as an increase in blood pressure, rapid heart rate, and irregular heartbeat. In the event of meth overdose, convulsions and hyperthermia (increased blood pressure) may occur. These conditions may result in death if not immediately treated.

Meth users who abuse the drug for a long-time will experience a host of health and mental problems. This is especially true among those who inject the drug. Among the long-term effects of abusing meth may include:

These side effects are dangerous. Making meth is as dangerous as consuming it. Some people try to process the drug since it is easier to make compared to other manufactured substances.

Making meth is also known on the streets as cooking the drug. Illicit meth producers synthesize the drug by segregating the components of highly reactive products. These reactive products can be easily accessed from everyday items such as drain cleaner and lithium batteries. The result is a product containing dozens of chemicals that are toxic and flammable.

Mixing other drugs with meth is common. This is especially true among U.S. polydrug users who attend parties and go to clubs.

Polydrug use occurs when two or more drugs are combined to obtain a broader range of stimulating effects. It is one of the most hazardous ways of using meth. The practice may cause dangerous behaviors and expose people to sexually transmitted diseases. For example, 65 percent of survey respondents engaged in riskier forms of unprotected sex when they were under the influence of meth and another drug.

Meth addiction and abuse are widespread in the United States partly because of the drug’s increased availability. The criminal justice system is facing significant problems because the use of meth is often related to crime and violence.

Law enforcement agencies have reported problems relating to meth use and abuse. Meth-related treatment admissions in the criminal justice system are higher compared than other substances.

Another study showed that 133,000 new meth users aged twelve years old and above were recorded in 2012. In 2011, meth was the fourth most-mentioned illicit substance in visits to emergency departments, accounting for approximately 103,000 individuals.

The drug’s potency and highly addictive nature are what makes meth a very dangerous drug. Many people hooked on meth are in denial about their dependence on the substance. They are not aware that the drug has already taken over their life. Meth addiction may be diagnosed using the criteria stipulated in the Diagnostic and Statistical Manual of Mental Disorders (DSM-5). Among the criteria are:

When people start to question if they are addicted to the substance, they most likely are. It may be difficult to recognize meth addiction in loved ones or friends, as our judgment is typically clouded by our feelings toward them. Recognition and awareness of the condition are possible. People may look for physical and behavioral symptoms commonly exhibited by people with meth addictions.

People need have an open minds, hearts, and eyes to detect the condition. If they detect it, it is critical that they immediately receive the help they need from meth rehab centers such as Mountain Springs Recovery.

After a thorough assessment and screening, individuals seeking meth addiction help at treatment facilities enter safe environments that feature nutritious meals and comfortable spaces where they can rest. They will also be surrounded by people who are going through the same struggles as they are, which could help them adjust easier to their new lives and provide peer support.

People who have abused meth with other substances will likely undergo medically assisted detox. This type of detox may be effective for people who are experiencing other mental and physical disorders.

To treat meth addiction, people need to undergo comprehensive detoxification (detox). This includes purging the physical presence of the drug from the users’ bodies and helping them function once again without using meth. It is not enough to address only the physical signs of meth abuse such as meth sores on the skin. Repairing the psychological damage created by the substance is equally important.

Meth users should receive assistance to rehabilitate their minds as well as assistance to function and grow without the need to use the substance. Detoxing depends upon an individual’s level of addiction. If it is relatively moderate and people meet other criteria, it may be possible for those people to receive outpatient meth treatment. In other instances, an inpatient treatment would probably be more effective.

At Mountain Springs Recovery, we provide the utmost comfort and luxury as you journey towards recovery. We understand how treatment may be challenging, so we are prepared for all possible contingencies. Our skilled and licensed team of professionals is at your service twenty-four hours a day, seven days a week.