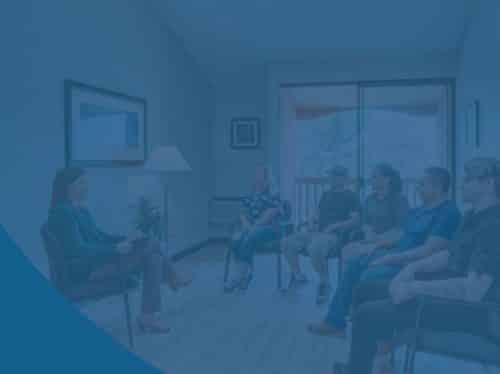 Mixing Alcohol with Other Drugs

People who suffer from a substance use disorder frequently take both alcohol and drugs, according to a study published in Alcohol Research Current Reviews. Also known as polysubstance use, co-occurring drug use disorder (DUD) and alcohol use disorder (AUD) affected 12.6 million American adults in 2007.

There are two types of co-morbidity:

Mixing Alcohol and Other Substances

What happens when you mix alcohol and pills? Combining two substances may intensify the effects of each substance in a phenomenon called synergism. A synergistic interaction happens when the combined effects of drugs or alcohol are greater than their individual effects. When substances taken by a person have synergistic effects, it may either be beneficial or harmful.

But what happens when you mix alcohol, pills, injectables, or drugs? When people mix alcohol with other substances, they are exposed to more potential dangers. The mixture may worsen side effects that may lead to complications. Mixing medications with alcohol may produce many undesirable effects for one’s physical and mental health.

Even if people drink moderate amounts of alcohol, people who use alcohol with a medication or illicit drug may experience headaches, nausea, vomiting, drowsiness, and a loss of coordination. Worse, the combination of alcohol with drugs may lead to difficulties in breathing, heart problems, and even internal bleeding.

The danger of drugs mixed with alcohol differ in effects and intensity depending on the type of drug used and the amount of alcohol and drug consumed. A stronger drug combined with a strong type of alcohol may lead to greater intoxication. Here are some commonly used drugs and their side effects when mixed with alcohol.

Side Effects of Mixing Alcohol and Adderall

Adderall is a type of amphetamine that acts as a stimulant on the central nervous system. When taken alone, Adderall may give users the feeling of concentration and euphoria by increasing the activity of the brain chemicals dopamine and norepinephrine. Meanwhile, alcohol acts as a central nervous system depressant. Using alcohol with Adderall could lead to conflicts in the body. That is because Adderall stimulates the heart, while alcohol slows it down. This may cause arrhythmia, a heartbeat that is too fast, too slow, or irregular, a condition that may lead to death. It may also cause paranoia, psychosis, tremors, and convulsions.

Side Effects of Mixing Alcohol and Antibiotics

Antibiotics help the body fight infections and bacteria. But people using antibiotics such as metronidazole and tinidazole with alcohol may experience serious reactions. Combining the substances may produce reactions that include headaches, dizziness, drowsiness, stomach aches, heat flushes, and irregular heartbeats. Using alcohol and antibiotics together also increases the risk of developing certain kinds of liver disease.

Side Effects of Mixing Alcohol and Antidepressants

While all types of antidepressants have some sedative and stimulating effects, antidepressant medications differ in how they affect brain chemicals. When combined with alcohol, tricyclic antidepressants, which have a higher ratio of sedative-to-stimulant activity, may have an increased sedative effect. Therefore, it is not a good idea to combine alcohol and depressants. People using both substances may feel more depressed and more anxious.

Side Effects of Mixing Alcohol and Antihistamines

Side Effects of Mixing Alcohol and Cocaine

Some people who use cocaine want to reduce the anxiety the drug produces. They attempt to reduce this anxiety by using substances such as alcohol that are depressants. Doing this may produce harmful effects. When alcohol and cocaine metabolize in the liver, a substance called cocaethylene is produced. Cocaethylene may harm major organs such as the liver, brain, and heart. It may lead to intracranial hemorrhage, heart disease, heart attacks, and brain damage.

Side Effects of Mixing Alcohol and Energy Drinks/Caffeine

According to a study published in 2013, combining alcohol with energy drinks may cause nausea, energy fluctuations, racing heart, and insomnia. Those who drank alcohol with energy drinks also reported experiencing fatigue and visual disturbances after a day or two of drinking the combination. Consuming stimulants such as caffeine with alcohol may hide the depressant effects of alcohol. This practice may lead to increased alcohol intake, which could be harmful to the liver.

Side Effects of Mixing Alcohol and Ecstasy

Ecstasy has similar effects to Adderall because both drugs provide a sensation of euphoria. The euphoria may last longer when people use such drugs with alcohol. This feeling is short-lived. The neurotransmitters in the brain become depleted after the effects of ecstasy have faded. People may then feel depressed and have trouble sleeping.  Studies also report that using ecstasy and alcohol may increase sexual arousal, which could lead to higher chances of engaging in unprotected sex.

Side Effects of Mixing Alcohol and Legal and Illicit Opioids

A study published in 2017 found that mixing alcohol and opioid drugs could lead to fatal respiratory depression. Opioid/opiate drugs are drugs that relieve pain and produce a feeling of being high. Opioids include legal prescription drugs as well as illicit (illegal) drugs such as heroin. Because alcohol and opioids are both depressants, using them together may also create other adverse effects, such as comas, dehydration, irregular heart rates, and cardiovascular instability. The combination may also kill people.

Side Effects of Mixing Alcohol and Marijuana

Mixing alcohol and marijuana is sometimes known as crossfading. When ethanol, the main component found in alcohol, mixes with delta-9 tetrahydrocannabinol (THC), a substance found in marijuana, they increase each substance’s potency. Ethanol also activate the cannabinoid receptors, increases the high produced by smoking marijuana.  Drinking alcohol and using marijuana may be dangerous. Marijuana may make it more difficult to vomit. If people are drinking heavily while using marijuana, they may not be able to remove excess alcohol in their bodies by vomiting. Even if people are able to vomit, if they are high, they may choke, or they may experience mental impairment from both substances. Simply put, using alcohol with marijuana is not a good idea.

Side Effects of Mixing Alcohol and Hallucinogens

Hallucinogens are drugs such as LSD. They alter the brain’s neural pathways and act on the prefrontal cortex. This is the area of the brain that controls mood and cognition. Such effects may cause people to see, hear, and feel things that do not exist. Mixing LSD or other hallucinogenic drugs with alcohol may lead to different effects for different people. Combining the substances may cause changes in blood pressure and heart rates, unconsciousness, and accidents.

Side Effects of Mixing Alcohol and Meth

Methamphetamine (meth) is a stimulant that may be very addictive. People use it for energy and may stay awake for days. Using meth with depressants such as alcohol may cause adverse effects. Research conducted among people with polysubstance abuse found that using meth with alcohol increased their heart rates and blood pressures. Using both substances at the same time also made individuals feel less drunk or sedated and reduced their chances of experiencing upset stomachs.

Treating Addiction to Alcohol and Other Substances

Finding the correct diagnosis is important to help a person obtain effective treatment. When people are suffering from co-occurring alcohol and drug use disorders, they need to treat disorders related to all substances.

An initial stage of treatment is the detoxification (detox) process that flushes harmful substances from the body and prepares people for the next steps of treatment. Medication-assisted detox in inpatient rehab or outpatient rehab may help people ease the effects of withdrawal.

The Time for Treatment Is Now

Addiction is a chronic disease that targets the brain and the body. It may be long-lasting and people who attempt to quit substance use through rehab may relapse.