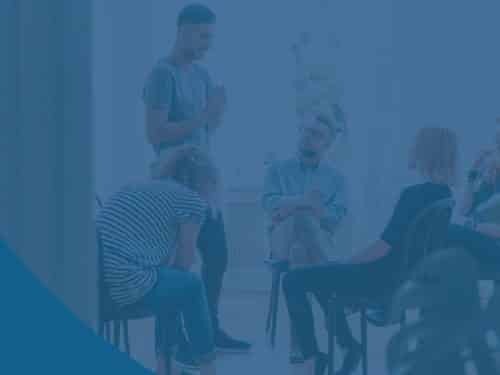 Many illicit drugs are highly addictive, and heroin is one of them. Heroin is a type of an opiate drug that produces strong effects in the brain’s reward system. Knowing how the brain works helps us understand why heroin is so addictive. The limbic system is a pathway in the brain that is responsible for producing feelings of pleasure and ease. The brain chemicals and receptors respond to each other and activate these pathways.

In a healthy person, the reward system may be activated through a variety of activities, such as earning a promotion, winning a game, or being in a relationship. Heroin affects this system by stimulating the release of dopamine in the brain in highly unnatural ways. The brain becomes accustomed to this dopamine release and the strong sense of pleasure it produces, so it signals people to keep using the drug to produce the same results.

The following are 2016 statistics related to heroin use:

How Long Does Heroin Last?

Introducing heroin into the body produces rapid effects that may last for hours. The speed of the effects may depend on the method of administration. Heroin is ingested by snorting, smoking, or injecting. It usually comes in the form of white or brownish powder that is mixed with ingredients such as milk, sugar, or quinine.

Another variety of heroin is black tar heroin. Compared to other forms of heroin, black tar heroin tends to be more potent and offer a longer lasting high. It is usually smoked or injected.

The popularity of heroin as an illicit substance is largely due to its intense effects. It may create a heightened and strong state of euphoria, which is associated with a chemical component called 6-monoacetylmorphine (6-MAM) and morphine in the brain. The 6-MAM is responsible for the rapid absorption of the drug in the body.

In the United States, heroin is not considered a medically useful drug. Other areas, such as the United Kingdom, use heroin medically for acute pain. The drugs may be used intravenously by people who are suffering from physical trauma, myocardial infarction, post-surgery pain, or chronic pain.

Physically, heroin comes in many forms. It is a subsynthetic product that is a crude version of diamorphine. When purified, it comes in a white powder form. Some heroin variants come in a brownish powder form and have impurities. Black tar heroin is a sticky, dark substance that can be injected intravenously or smoked.

On a chemical level, heroin has a molecular structure of C21H23NO5 . The drug is produced through the acetylation of crude morphine, hence its other name, acetomorphine.

What Are Signs of Heroin Use?

Addiction to heroin may be spotted if you are aware of its signs. Like other drugs, there is a risk of dependency to heroin if people do not seek treatment immediately. Some signs that you or your loved one may be addicted to heroin include:

Alternatively, a person may be considered a functional drug addict without showing signs of abuse. This condition may not last very long if he or she uses heroin continually.

What Are Physical Symptoms of Heroin Use?

If you or your loved one is using heroin, here are some possible physical signs:

What Are Long-Term Effects of Heroin Use?

Due to its highly addictive nature and potency, the continued use heroin may produce debilitating long-term effects. Persistent heroin users may experience:

Accidental overdoses may happen when street drug versions of heroin vary in their purity. The purity may differ from 11 percent to 72 percent, which may make a heroin overdose highly likely. It is also possible to overdose when a person uses heroin after a period of abstaining from the drug. Some signs of drug overdose may include:

The Dangers of Heroin

For some, heroin is a recreational drug. Although people use this substance to experience feelings of pleasure, using heroin may be deadly. There are many dangers associated with heroin:

Danger to one’s brain: People under the influence of heroin may experience brain damage with continued use. A heroin addict may experience symptoms similar to Alzheimer’s disease or dementia.

Danger to one’s body: Drug abuse may produce several health complications. As individuals become accustomed to using heroin, they may neglect nutrition, physical activity, and sleep. A lack of good health habits may cause problems such as malnutrition, cardiovascular weakness, skin and teeth problems, as well as diseases related to nutritional deficiencies.

Danger to one’s personal and social life: Abusing heroin and other drugs may also create emotional and social changes. Heroin abuse may take over a person’s life. It may make people lose interest in building relationships, seeking employment, or participating in activities that they once enjoyed. This may create feelings of isolation, which may lead to a cycle of depression and continued drug use.

Heroin and Other Drugs

Heroin is potent drug on its own, but some people abuse it with other substances. This practice is known by other names, including dual addiction, multiple addiction, polydrug abuse, and polysubstance abuse. Here are some effects of abusing heroin with other drugs:

Heroin addiction is intense. One dose may prompt someone to abuse the drug. As a result, there are telltale signs that someone may be using heroin:

If you or a loved one is suffering from heroin addiction, know that you are not alone. Many people seek treatment to help recover from drug addiction. Here are some of the common processes associated with heroin addiction treatment:

Can heroin withdrawal kill you?

In some instances, yes. This is why self-detox may not be advisable, especially for people who are long-term users. It is recommended to consult professionals for heroin addiction treatment.

After the heroin detox process, individuals may start with rehabilitation programs that may be inpatient (residential) or outpatient (at home). Depending on the severity of the condition, people may work with professionals to create nutritional plans, foster healthy habits, and find recreational activities to incorporate into their changing lifestyles.

Heroin drug abuse recovery is challenging to go through alone. There are many support groups that individuals may attend to receive accountability, mentorship, and encouragement from people who are on the same journey of addiction recovery.