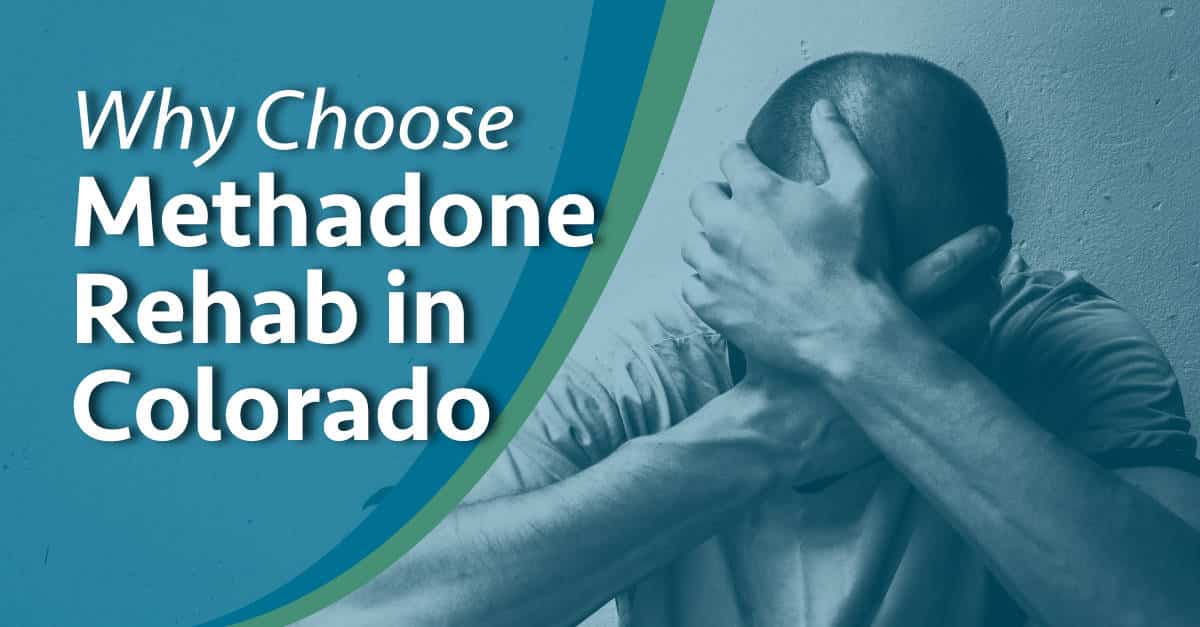 Methadone is a medication that is a known as an opiate or an opioid. It is chemically similar to other opiate/opioid drugs such as codeine, morphine, opium, fentanyl, and heroin. It is sometimes prescribed to help relieve severe pain. It comes either in a tablet or liquid form that can be obtained through a doctor’s prescription.

This medication is commonly used to treat addiction to other opiates/opioids. It works by blocking and activating receptors in the body and thus relieving uncomfortable withdrawal symptoms for people who have stopped taking opiates/opioids. Despite its benefits, methadone is categorized as a schedule II drug by the U.S. Drug Enforcement Administration (DEA). This means methadone has medical uses but users can become dependent on it.

Even though methadone is used to curb symptoms of opiate addiction, using it may still lead to addiction. This is why doctors carefully prescribe and monitor it, especially if it is prescribed to people with a previous history of addiction to controlled drugs.

Methadone is not a new drug. People have been using and misusing methadone for years. German scientists developed the drug in the 1930s and it arrived in the United States after World War II. This drug is a synthetic form of an opioid. It may be administered orally or intravenously (taken by the mouth or as an injection).

Doctors prescribe methadone to block receptors that produce euphoria (a feeling of being high). This blocking helps it curb addiction to similar opiates/opioids. It is also why it is sometimes used as an analgesic (painreliever).

It may take hours for users to fully feel methadone’s effects. The drug may remain in the body for some time, so taking multiple doses of it in a short amount of time may be particularly dangerous. As with other opiates/opioids, people may become dependent on methadone in order to function. They may use more and more methadone because they have become tolerant to its effects.

What Does Methadone Do?

Doctors prescribe methadone to curb the symptoms of withdrawal and addiction to other opiates. They also prescribe it to relieve pain.

People also prescribe methadone to individuals with chronic and moderate to severe pain. Methadone works by blocking pain signals and altering how the brain reacts to pain. It may be very helpful to those with debilitating and painful diseases, as it may relieve their pain and help them rest, allowing them to be productive. Users may also be dependent on methadone’s effects if they do not take it properly.

Methadone is commonly used by people undergoing detoxification (detox) and experiencing withdrawal. Doctors prescribe the drug to help relieve withdrawal symptoms. With the help of this medication, the treatment process may be faster and more tolerable for recovering individuals.

Although methadone has positive effects and may lessen the symptoms of withdrawal, it is still important for users to take it as prescribed. Like other opiates, methadone misuse may also lead to addiction if not properly monitored.

The drug helps prevent the feeling of being high and setbacks that users experience with other drugs. Methadone is used for withdrawal from addictive drugs such as:

Are you or your loved one suffering from addiction?

Do you have questions or concerns? Our intake coordinators will answer them.

Side Effects of Methadone Use

Side effects of methadone misuse may be detrimental to a person’s health and well-being.

Signs of methadone use and addiction may be easy to spot. Individuals misusing methadone may have increased tolerance for taking the drug. They may take increasingly large doses in order to feel its effects.

Taking methadone and other medications may create potential side effects. Some of these are mild and manageable, while others may be life-threatening if not managed. Some possible side effects include:

Some serious side effects are:

The effects of methadone may depend on the weight, age, and overall mental and physical health of a person. Its effects are not the same for everybody. Methadone may also cause drug interactions with sedatives and other opiates. This is why it is important to inform your doctor of any drugs or substances you are using before you begin using methadone.

According to some reports, the long-term use of methadone could create harmful effects. This is even true if users follow a physician-monitored treatment plan.

At first, people taking this medication as prescribed may still function normally. But they might develop tolerance. This tolerance might prompt users to increase their doses without doctors’ prescriptions. This is dangerous and may drive them to abuse the drug. Some signs that people are abusing methadone may include:

Since the Drug Enforcement Administration (DEA) has designated methadone as a schedule II medication, it has a potential for abuse and addiction. Although it may provide beneficial effects to people undergoing rehab and manage their withdrawal symptoms, medical professionals should prescribe and monitor methadone properly. This may help prevent addiction, as individuals using methadone might have a greater risk of abuse because of their addiction histories.

If people use methadone as a means of treating other forms of addiction, they may not notice the effects of methadone immediately. Some symptoms that may indicate whether users are abusing the drug include:

If people notice these symptoms and believe that other people are struggling with addictions, they should help them seek medical assistance. This may provide immediate and effective medical attention and prevent further complications.

People who are using methadone to relieve painful withdrawal symptoms may become addicted. Addiction may lead to long-term physical changes, mental effects, and behavioral problems. They may occur because methadone affects the functioning of neurotransmitters in the brain and central nervous system.

Methadone and Other Drugs

If you are taking other medications or other substances, let your doctor know if you are considering the use of methadone. This may help prevent drug interactions and potential side effects.

Inform your doctor about any vitamins or supplements you are taking to avoid any problems with treatment. Doctors may decide to discontinue the use of methadone or supplements, depending on the needs and conditions of their clients.

Drugs such as methadone may cause unpleasant interactions with other depressants, such as alcohol. These interactions may be life-threatening because they may lead to respiratory problems and decreases in blood pressure.

Users should never use methadone and alcohol together. Using both may increase the effects of both drugs. Both may depress the central nervous system (CNS), which can lead to intoxication, and more severe cases, lead to comas and death.

The abuse of methadone and other drugs is a major problem. In 2017, researchers at the Centers for Disease Control and Prevention (CDC) discovered a major increase in methadone overdoses. They found that methadone overdoses caused 784 deaths in 1999 and 5,406 deaths in 2006. This dramatic jump is a 600 percent increase.

Many people abuse opiate/opioid pain drugs, including methadone. The CDC found that “methadone continues to account for nearly one in four prescription opioid-related deaths.”

Studies cited by the New York State Office of Alcoholism and Substance Abuse Services also reported increases in methadone use. The studies noted that “the increase in mortality associated with methadone is primarily related to the use of methadone for pain management and not in methadone treatment settings.”

Once you see the signs of methadone misuse and abuse, taking action is vital. This is important if you or someone you know is struggling with addiction.Apart from physical and behavioral signs, people with methadone addiction may lie to doctors. They may lie and say that they have symptoms that require the use of the drug, or they might visit different doctors to obtain extra drugs. Some instances of methadone abuse also lead to the abuse of other drugs and alcohol.

Researchers have noted that people who abuse methadone or other drugs often suffer from psychiatric conditions. They also observed that if properly administered and monitored, methadone can create “increased quality of life in opioid dependents.”

Dangerous effects of methadone abuse may occur if users mix methadone with substances such as benzodiazepines (benzos) and alcohol. If methadone use becomes a habit, it may lead to impaired judgment and physical problems. If users grind the drug into powder and inject it, the sharing of needles may create additional health hazards.

What to Expect from Methadone Treatment

Addictions to methadone may be treated. People must have the willingness and sense of urgency to recognize the problem and take the necessary steps in order to overcome the addiction.

Once you have convinced a friend or loved one to enter methadone treatment, it is likely that he or she will undergo detoxification (detox). Methadone detox requires people to taper from their dosages. Such tapering may prevent some of the most severe symptoms of withdrawal. After this, people are now ready for the next step, treatment.

There are many treatment options. One is psychotherapy that can help people understand how to cope with situations and manage stress without using drugs or alcohol.

The first part of dealing with a problem is recognizing that there is one. If you are in a situation where methadone use has gotten the best of you, others may bring this to your attention. It might be a good idea to heed their words and accept the treatment suggestions they provide.

From there, you may begin the processes of detox and treatment, which may be difficult during the initial stages. But, these processes may lead you to the road to recovery and help you build a better life.

It is no secret that addiction is a disease that may have a firm grip on an individual. As a healthy and functioning individual, you will be stronger than any demons you face. If you are looking for an ally in your fight, consider contacting Mountain Springs Recovery. We will be with you every step of the way.