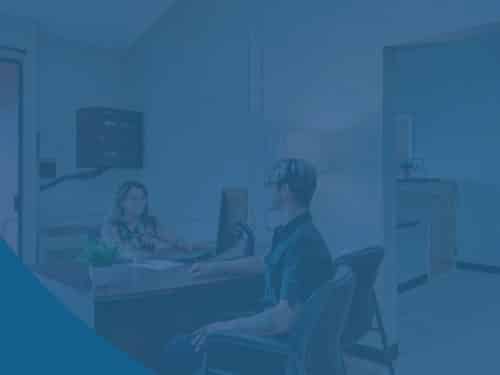 In the United States, most teenagers have tried alcohol even before they enter high school. In fact, alcohol is one of the most highly abused substances among youths in the United States. There are many factors that could trigger underage drinking. Some do it because they think it will help them survive pain, while others may feel pressure from their friends.

Teenage alcoholism could cause various risks and health issues. These factors can alter the entire life of a teenager. Studies show that people drinking alcohol before reaching the legal age (21 in the United States) are at greater risk of suffering alcohol abuse disorder. They are also more likely to become involved in vehicular accidents or become the victims or perpetrators of crimes.

Research has revealed that teenagers are vulnerable to abuse alcohol. This is because, at this stage, their brains are still in the process of development. During these years, the pleasure centers of their brains mature faster than the parts of their brains responsible for making good judgments. Adolescents who are heavy drinkers may also be prone to brain damage later in their lives.

Besides affecting brain development, alcohol can interfere with its functionality. Differences in motor skills, memory, and coordination are common signs of alcohol addiction among teenagers. Aside from the ill effects on individual health, underage drinking can also affect society as a whole. Common problems caused by teenage drinking include fighting and aggression, sexual assaults, and vehicular accidents.

There is no single cause of teenage alcoholism. But there are several factors that could aggravate the risk of developing this disease. Teenagers are sometimes impulsive because their brains are not developed enough to control their urges. Because of this, they may be more susceptible to behaviors such as binge drinking (drinking a lot of alcohol in a short amount of time).

Many teenagers are not aware of the consequences of their actions, including those of drinking. Delayed puberty and brain damage may be some of the negative effects of underage drinking. Teenagers may be at risk for alcohol disorder if they:

Today, it is widely accepted that alcohol or drug misuse are not the results of one lone factor.

Some people claim that genetics plays a large role in the addiction of teenagers. This theory states that some people have certain genes that may predispose them to substance abuse. Teenagers born to families who have members struggling with substance abuse are more likely to become addicts themselves.

This theory does not claim that people with such genes or backgrounds will automatically abuse substances, just that they have a higher likelihood to do so. Of course, there are also people who abuse substances even without a history of addiction in their families.

Frequent and constant consumption of alcohol can drastically alter the function of the brain. Since teenagers’ brains are still in the process of developing, if they abuse alcohol and do not stop and/or receive proper treatment, the alcohol-related changes could trigger drug and alcohol addiction.

Are you or your loved suffering from alcohol addiction?

Addiction can hurt everyone you love. Searching for treatment can be overwhelming

Signs and symptoms of teenage alcohol abuse vary based on several factors. These include the amount of consumed alcohol, how often teenagers use alcohol or drugs, whether they use other drugs and substances, and their personal genetics and health.

If your child normally performs at a particular academic level and has recently been doing poorly in school, this could be an indication of a bigger problem. It may not always be a case of drug abuse, but it certainly requires further evaluation and investigation. If teenagers’ academic performances decline, those slips could continue if there is no proper intervention. It is crucial to look for different indicators.

Studies reveal that extracurricular activities can be crucial to a teenager’s development. If teenagers have a lot of extra time, they can be vulnerable to trouble if they do not have something productive to do. It can be alarming if teenagers abandon their usual activities and their regular circle of friends and peers. An abrupt shift in friends and behaviors can be a sign of trouble.

Teenagers could be abusing alcohol if they demonstrate these behavioral signs and symptoms:

Teenagers may be suffering from alcohol abuse if they exhibit physical changes. Changes in the ways your teenagers dress could be just signs of their newfound independence. However, teenagers under normal conditions are often conscious of their hygiene and the way they dress. If they show signs that they are neglecting their appearance, you may want to start investigating why.

Sudden changes in physical appearance or neglecting one’s hygiene could be signs of other issues, such as substance abuse. Other physical signs and symptoms can include:

Alcohol abuse affects more than the body. It affects the mind as well. Teenagers may be suffering from alcohol abuse if they demonstrate these cognitive signs and symptoms:

Since alcohol can affect the mind and the body, it makes sense that it can also affect a person’s emotions as well. Teenagers who are struggling with alcohol abuse may exhibit the following psychosocial signs and symptoms:

In a report released in 2017 by the Centers for Disease Control and Prevention (CDC), 14% of surveyed high school students engaged in binge drinking in the previous month. The report also stated that 6% of high school students drove after consuming alcohol, while 17% of teenagers traveled in vehicles with a driver who had been drinking alcohol.

People between the ages of 12 to 21 made almost 120,000 emergency room trips in 2013. The reason for these emergency room trips? Injuries and other medical conditions connected to alcohol. The National Survey on Drug Use and Health said that among respondents 12 to 20 years old, 19% reported that they drank alcohol and 12% reported that they engaged in binge drinking in the past month.

Vehicular accidents are the primary cause of death among teenagers. Drunk underage drivers cause 25% of such crashes. Every year, alcohol-associated vehicular accidents kill almost 2,000 people under the age of 21.

Adolescents and young adults who are frequent or heavy drinkers are more likely to be involved in assaults and risky sexual activity. Approximately 97,000 students between the ages of 18 and 24 are victims of alcohol-related sexual assault or date rape. In addition, teenagers who are drinking or using drugs frequently fail to use protection during sexual contact. This could put them at risk for sexually transmitted diseases and unintended pregnancies.

Get Help for Teen Alcohol Problems

Teenagers drink for many reasons. Underage drinking can create serious long-term consequences. Teenagers may not experience such consequences immediately, but they can definitely take their toll in the long run. Underage drinkers who abuse alcohol could be at risk for suffering alcohol overdoses.

It is important for parents to check on their teenagers. Shifts in children’s behaviors and habits beyond normal adolescent stress and changes in independence levels could be signs of trouble. If your teens regularly miss their curfews, fail to complete their chores, or appear depressed, stressed or sleepy, then you may want to investigate. Try to keep clear communication channels and set specific rules.

If you are a teenager or you know someone who is suffering from alcohol abuse and addiction, seek help. There are many centers and institutions equipped to help you resolve your problem with alcohol. If you are having a hard time finding one, let Mountain Springs Recovery assist you.

We have a highly competent staff that will gladly assist you in assessing you or your loved one’s current medical and mental condition. Call us today or visit our website to learn more about the services that we offer.