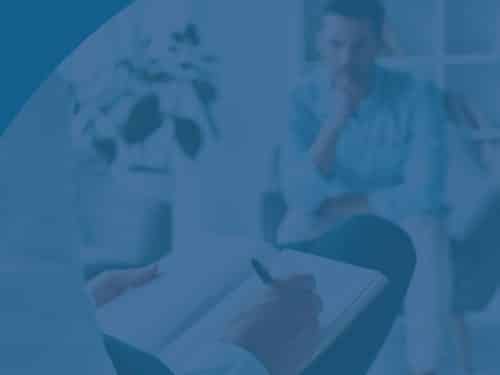 Benzodiazepines, most commonly known as benzos, are a group of drugs prescribed for several mental illnesses and ailments. Benzos are used to treat moderate to severe anxiety, panic attacks, epilepsy, and even to control withdrawal symptoms from the alcohol detox process.

Benzos are classified under Schedule IV of the Controlled Substances Act, which means that the U.S. federal government highly regulates them.Although they are legal and available in most pharmacies as long as you have prescriptions for them, they are also sold illegally, where they often go by other names, such as tranks, downers, or simply benzos.

Benzos are marketed under several brand names. Some of these include:

Benzodiazepines bind with areas in the brain called GABA receptors. This binding can slow down overactive brain functions and relieve mental stress. Those who abuse benzodiazepines might experience an alcohol-like buzz or a euphoric high. After these reactions, users then experience a prolonged state of sedation.

Some users crush and snort benzodiazepines to amplify their effects, a practice that increases the likelihood of overdose. Some common symptoms of overdose are seizures and comas. Benzodiazepines can also slow breathing and heart rates until they stop entirely, which can kill the user.

Benzodiazepines are a common prescription medication used to treat anxiety. Nevertheless, they are meant to be used for short-term purposes only, because prolonged use could lead to tolerance and abuse, even under a physician’s care. Because users can only obtain benzodiazepines with prescriptions, many users and their loved ones are often unaware of how addictive benzodiazepines can be. For that reason, learning to identify the symptoms of addiction to benzodiazepines is crucial.

Some of the symptoms of drug dependence are:

Benzodiazepines and Other Drugs

To increase the effects of the benzodiazepines, some users take the drugs with other central nervous system depressants, such as alcohol or opioid/opiate drugs. But, this can be deadly. Mixing benzodiazepines with other drugs dramatically raises the likelihood of a fatal overdose.

According to the National Institute on Drug Abuse (NIDA), 30 percent of people who died from an opioid overdose also had benzodiazepines in their system as well. The death toll of opioid overdose is a burden to the American healthcare industry. The NIDA estimated that more than 49,000 people died due to opioid overdoses in just 2017 alone.

Many people are also using benzodiazepines. The number of prescriptions ballooned to 13.5 million in 2013 from 8.1 million in 1996. In fact, for every 100,000 people, the quantity of benzos prescribed tripled from an average of 1.1 kilograms to 3.6 kilograms.

Physical symptoms of benzo withdrawal include:

Psychological consequences of benzo withdrawal include:

Drug and alcohol rehab centers offer a safe and compassionate way to treat benzodiazepine addiction. Although there are sometimes negative connotations surrounding detox, they often exist because some people misunderstand the process. At its essence, detox is a procedure that can help people manage withdrawal symptoms safely and efficiently.

Detox is just the start of the treatment process. After the toxins have been flushed out of their systems, clients create and follow treatment plans as advised by rehab counselors and physicians. Clients typically undergo cognitive behavioral therapy (CBT), motivational interviewing or incentives, group counseling, and aftercare treatment.

The aftercare treatment is designed for relapse prevention. The first year after completing rehab programs is crucial, since a significant number of relapses occur within this period. However, the fifth year appears to be the yardstick. Once people manage five years without taking any benzodiazepines, it is much more likely they will remain sober for the rest of their lives.

The intensity of drug addiction treatment plans depends on the severity of the addictions. The duration often ranges from thirty days to ninety days. Clients with co-occurring mental conditions (such as depression or anxiety) in addition to their addictions might stay in facilities longer because of the complexity of their conditions and their treatments. Many clients typically start with intensive inpatient residential treatment before they transition to outpatient programs.

Residential treatment requires clients to stay in facilities for the duration of their treatments. The programs require clients to follow a regimented schedule and monitor clients’ movements. They sometimes regulate visits from family members and friends so clients can better focus on their treatments.

The second option, or outpatient programs, can be less disruptive to people’s lives. They might allow clients to continue living their regular lives as long as they maintain scheduled one-on-one counseling or group sessions outlined in their treatment plans. Whether people participate in inpatient or outpatient programs (or both) depends on the clients, their wants and needs, and the recommendations of their treatment providers.