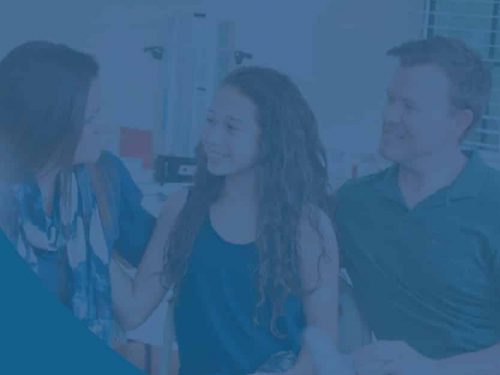 Hallucinogens are drugs that cause you to hallucinate–not just sights but sounds, smells, and textures that aren’t there. They can even affect your thoughts and emotions. While that might seem attractive, intriguing, even exciting in the short term, to experience such sensations on a long-term basis can be debilitating. Short-term side effects include nausea, unpleasant mood swings, and frightening hallucinations. Addiction sometimes results from long-term use, along with memory loss, psychosis, persistent paranoia, and flashbacks.

Hallucinogens derived from plants and fungi have been used since the dawn of time for religious rites and spiritual journeys. Some still are from organic materials, but others are manufactured by humans, such as LSD and PCP. More students in the United States report hallucinogen use by the 12th grade than in Europe.

PCP, or phencyclidine, is a dissociative drug, meaning it causes people to feel detached, amnesiac, like they are having an out-of-body experience, or like reality is distorted.

First synthesized in 1926, it was developed in the 1950s as an anesthetic for surgery and as a veterinary tranquilizer. In the 1960s, medical use in humans stopped due to bad side effects, but it quickly became a common street drug through the rest of the ’60s and ’70s. It is most commonly found in a white powder form, hence street names like “angel dust,” but can also be found in liquid form, or as a pill or capsule (its name PCP came from the term Peace Pill). It can also be combined with marijuana.

PCP can be addictive and lead to impaired memory, severe anxiety and depression, suicidal thoughts, persistent speech problems, and hostile, psychotic and paranoid behavior known as toxic psychosis. Overdose and death can happen while taking PCP, including accidental death from jumping off high places and drowning due to hallucinations or feelings of invincibility.

LSD is a chemical compound developed from a fungus that grows on rye. It’s a powerful mood-altering drug, first used to ease uterine contractions during labor and studied throughout the 1950s. It was popularized in the US by the 1960s counterculture movement. At the height of its popularity, stories broke of horrible hallucinations and violent outbursts from users. After congressional hearings, in 1968, the drug was made illegal and further medical research stopped.

Also known as “acid,” LSD is usually taken via a drop of the liquid on to a paper blotter, then placed on top of the tongue. While it doesn’t seem to cause physical dependency, it can be psychologically addictive, and lead to psychosis states and schizophrenia in some people with a predisposition.

Some mushrooms, such as psilocybin mushrooms, have been used for their hallucinogenic properties since ancient times. They are eaten raw or dried, whole or crushed into a brown powder. They can be snorted, baked into edibles or brewed into tea. This can be hazardous if someone unknowingly ingests food laced with hallucinogenic mushrooms.

Symptoms of mushroom use are often the same as LSD: distortion of reality, paranoia, and anxiety/nervousness. Other physical symptoms include numbness, increased heart rate, and nausea/vomiting.

While mushrooms may not cause physical dependency, picking the wrong one can be fatal. Since there are over 75 species of subtropical mushrooms and many of them look alike, it can be easy for an inexperienced person to mistake a toxic species for a hallucinogen, which can lead to poisoning and death.

Peyote is a small cactus with round buttons which are harvested to create a hallucinogen. Mescaline is an amphetamine and is the ingredient in peyote that produces the “high”. It’s the oldest hallucinogen known and was used by pre-Columbian tribes in Mexico, including the Aztecs, and by Southwestern Native American tribes for centuries. In the US, it is legal for tribes to use for religious and ceremonial purposes.

Since peyote only grows in a small area in the southwest US and Mexico and is, therefore, harder to come by and more expensive to purchase, PCP and LSD are often sold as mescaline/peyote. Peyote is dried and traditionally smoked in a pipe with tobacco or marijuana, or soaked to produce a liquid. Mescaline is usually a powder or a pill, very occasionally as a liquid.

Effects vary. Physically, they can include numbness and shaking, nausea and vomiting, increased heart rate, and chills. Psychologically, peyote can alter space and time perception, and hallucinations can range from heightened senses to synesthesia (hearing colors and seeing music are some examples), reality distortion, paranoia, and frightening hallucinations.

Like LSD, mescaline is associated with psychoses such as paranoid schizophrenia, but only with people who were predisposed to or diagnosed with a mental illness.

A decade ago, bath salts entered the drug market, made as a way to bypass anti-drug laws by creating a synthetic material out of legal ingredients. Not actual Epsom salts or similar, bath salts are designer drugs made of many different chemical compounds as drug producers still try to stay ahead of the law by using new combinations.

Bath salts can produce a wide range of effects, including hallucinations. They are highly addictive and overdoses can be fatal.

Salvia, or “Sage of the Diviners,” is a psychedelic plant native to southern Mexico. Unlike other hallucinogens, salvia blocks opiate receptors in the brain, affecting levels of serotonin. Highs last between 30 and 60 minutes as the leaf compounds are broken down by the digestive system. In the short term, salvia can lead to restlessness, mood swings, uncontrollable mania and laughter, and unlike most hallucinogens, a decreased heart rate. Long-term, salvia can cause dysphoria – depressed feelings and restlessness.

Salvia is still legal in some states, but the DEA is reviewing it for listing as a controlled substance. It is illegal in many European countries, American states, and is regulated as a medicinal substance in Canada. While medicinal purposes are unfounded by research, salvia is used to treat anything from headaches to rheumatism.

Also known as the  GHB (gamma-hydroxybutyrate) is a colorless, tasteless liquid that can cause amnesia and “blackouts,” especially if it’s mixed with alcohol. This made it ideal as a “date rape drug,” and led to it being banned.

It also saw a surge in popularity among teens and young adults on the rave scene because it gives users a sense of euphoria similar to being drunk but without the bad side effects of alcohol. It’s also harder to detect by police as it leaves the body more quickly than alcohol.

Regular use can lead to addiction and withdrawal symptoms such as insomnia, tremors, and rapid heart rate. Like alcohol, withdrawal can be fatal and painful, and relapse is more likely. Detox should take place at a licensed facility or rehabilitation center under medical monitoring.

While hallucinogens vary in the risk of addiction and fatality, their long-term abuse can lead to psychosis, memory loss, and flashbacks. For some, withdrawal itself is dangerous.

Like other addictive substances, hallucinogen abuse can cause people to lose interest in things they used to care about. They begin showing up late to work or school, or not showing up at all. Their grades or their work performance slips. Their relationships deteriorate, as their drug use leads to arguments and breaking commitments.

Like other drugs, the more you use a hallucinogen, the more your nervous system builds a tolerance to it. To receive the same high, you eventually have to take more. Your body and brain chemistry adjust as if taking the drug is an essential part of your body’s functioning. If you stop taking it, withdrawal symptoms can occur. This is called dependency and is the point where drug use becomes an addiction.

With some highly addictive drugs, dependency can occur after one or two uses

How do hallucinogens affect the brain?

Most hallucinogens interfere with neurotransmitters throughout the brain and spinal cord. The obstruction of these neurotransmitters causes hallucinations, but can also cause a wide variety of other Short-term effects can vary, and they include the hallucinations or “trips” that the drugs are named after. Several physiological effects can happen, and some of them can be fatal:

What are other risks of hallucinogens?

When you take hallucinations, you have no control over what kind of visions, or perceptions you will have. Highs or “trips” on hallucinogens are unpredictable. The drug can enhance sound, light, and color, but it can also cause nightmare-like hallucinations.

Due to their distortion of reality, users have leaped to their deaths, drowned, or engaged in violent acts. Hallucinogens are especially dangerous behind the wheel, as the distortions and feelings of invincibility can make you an unsafe and aggressive driver.

In any hallucinogen, psychological dependence can develop, causing the user to devote so much time to finding drugs and getting high that they neglect work, school, and other responsibilities. When this happens, it’s time to seek help.

Get Help for Your Addiction

Recovery options for hallucinogen addiction vary. With some drugs, withdrawal can be deadly. In these cases, treatment needs to happen under professional, medical supervision. If you or a loved one are using hallucinogens and can’t stop, if hallucinogen use is causing harm to the user and others, help is available.

Rehabilitation at an inpatient medical treatment for drug use ensures you or your loved one is safe during the process of getting sober. The rehab treatment process begins with a professional assessment of what kind of detox and rehab treatments are best for you. Withdrawal is monitored to prevent fatal complications. The length of detox depends on the drug and the addiction.

In rehabilitation, you’re given the tools to live a sober life after you leave. This can include trauma counseling, working through past pain which drove you to use in the first place. It also may include medication, regimented daily schedules, lectures, group therapy, and life skills training to help you cope without drugs.