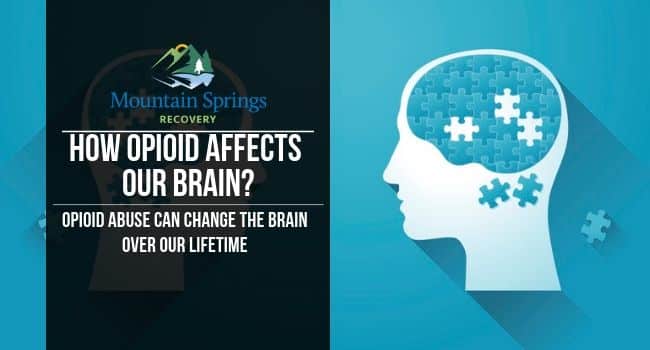 We are not born with the brain we have now. It grew and adapted to the environment, helping us form habits related to eating and thinking. At worst, it also helped in shaping our drug habits. From our homes to school and work, our brain continues to adapt and develop habits that later on would become part of our belief system. This brain adaptation process is called neuroplasticity and its effect is more extensive than you know.

Our habits, like looking for coffee to wake up in the morning, staying quiet when our bosses at work scold the team and even reaching for chocolates when we feel sad or stressed out. The ratio and motivation behind these acts are then wired to our consciousness and makes it quite difficult to get rid of.

The same ratio applies to develop drug habits. This time, however, the effects are more serious and overwhelming.

According to Ellen Unterwald, director for Temple University’s Center for Substance Abuse Research, the neurons’ structural changes happen in various parts of the brain and in different forms. All these drugs have a different signature which can be thoroughly observed under the microscope.

With the large-scale crisis on opioid abuse, Unterwald and her team of neuroscientists continue to work hard to be able to show how we can successfully fight drug addiction. As a matter of fact, Underworld’s team is very busy helping medical doctors identify people who have the higher tendency of getting hooked to drugs.

Activating Opioid Circuits in our Brain

In a recent imaging study conducted and published by Penn State, it was revealed that a simple stimulus like seeing delicious food or smelling something delicious can trigger and power up the opioid-related reward centers in the brain. Also, the same brain imaging study is being furthered to learn more about children’s responses to food as rewards. This study aims to detect and provide early treatment for obesity. With this, the researchers suggest that minute changes in the subjects’ respective mental senses and responses to daily pleasure, may be used to describe and explain a wide array of behaviors, like simple food binging to the more serious behavior of abusing opioids.

With such discovery and advancement, Henry Kranzler of the Center for the Studies of Addiction at the University of Pennsylvania mentioned that more than 50% of the tendencies to abuse opioid is genetic. He went and explained further that opioid addiction is influenced by one’s environment, aggravated by his genetics.

In Kranzler voluminous scientific studies, he revealed that the disorders linked to substance abuse are genetically complex and that there are way too many genes that attribute and participate in the creation of the risk.

Late last year, Kranzler and his team were able to determine a particular gene among African American kids, which showed decreased sensitivity to prescribed painkillers. This time, the same team are checking whether or not a similar pattern of genes can provide explanation and determine how older people (African American), react to prescription painkillers after their respective knee or hip replacement surgeries. With such studies, Kranzler’s team aims to provide a clear guideline in making pain management prescriptions less risky but more potent and effective.

There have been various studies which revealed the feel-good effects brought by opioids. The brain’s reward system can be activated by various pleasurable activities like sex, interacting in public, and even eating. In the case of opioids, they are activated at the onset of the reward system activation phase.

Then again, according to most studies, morphine, another opioid drug, go beyond pleasure stimulation. Aside from making one feel good, it also attacks the amygdala and revs up one’s cravings. As you already know, the amygdala is responsible for our motivations and emotions.

Aside from the studies mentioned above, there are other studies which aimed to discover the effects of opioids on the brain. One example is the collaborative study published by the Austria’s Medical University of Innsbruck, Germany’s Max Planck Institute of Biochemistry, and Temple University’s very own researchers. Their study aimed to notice and determine various molecular changes caused by drugs to rats’ brains.

After the study was conducted, it was revealed by the lead author Jeffrey Liu that they were able to record more than 1,000 brain changes after exposing the rats to a drug similar to opioid. This finding is enough to assert that there are various effects caused by drugs in the signaling function of the brain.

Furthermore, as the addiction advances, the reward system in the brain gets more and more out of balance. As a result, the person can no longer control his cravings and his behavior changes dramatically. As a matter of fact, a simple and irrelevant event such as seeing an old pal or finding one’s way on a familiar road can spark the desire to use the drug. The same thing happens when confronted with life stressors – the person develops deeper cravings to use drugs. This event is aggravated by the fact that as one has more uncontrollable cravings, the dendritic spines are lost, leaving one with a very low capacity to resist anything.

As a result, the brain tries to adapt leaving the person suffering from various opioid withdrawal symptoms like shaking, sweating, cramping, and severe nausea.

The moment an individual takes an opioid for the first time, the locus coeruleus, the brain’s stress management region, becomes calm and quiet. However, as the individual continues to take more opioids, the brain compensates the effect by setting the brain’s neurons up to a maximum charge level. Once the effects of opioids wear out, the locus coeruleus starts to cause mayhem on the user’s body, leaving him with the excruciating withdrawal symptoms.

Though most opioids reverse the effects, the process usually takes more time, thus, leaving the person to suffer longer from the agonizing withdrawal symptoms.

One thing that can help an addicted individual address his drug habits or his addiction problem is to come up with a customized addiction treatment plan.

According to Kranzler and his team, to be able to come up with this specific treatment plan, they have to go back to a standard scale that can determine the level and severity of the person’s addiction. They will also need to study his genetic makeup and after finding his scores, DNA markers showing DNAs affected and related to severe addiction should be identified for further study.

As of now, Kranzler’s team are still in the process of identifying the biomarkers on the genes that can be utilized for medications. Various government agencies like the state’s Food and Drug Authority are also doing their best in analyzing and assessing if brain-based or genetic-based signatures can be utilized for clinical treatments and decision-making.

After all, the best way to treat people with an addiction problem can only come after a thorough genetic profiling can be done.

If you are looking for the right addiction treatment facility for you or for a loved one, talk to an Addiction Specialist today. Get assurance that much-needed assurance that you can get better and reclaim control over your life.