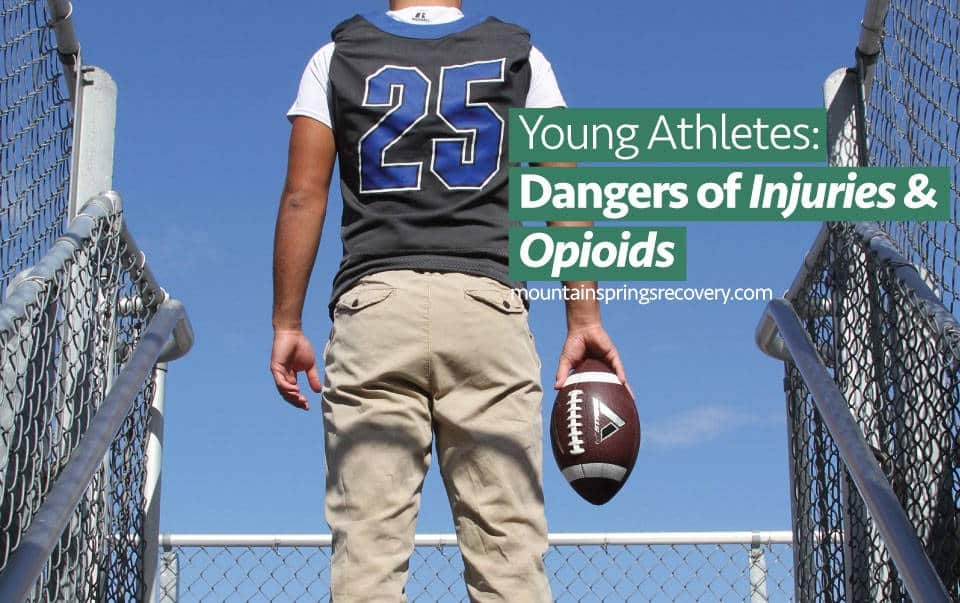 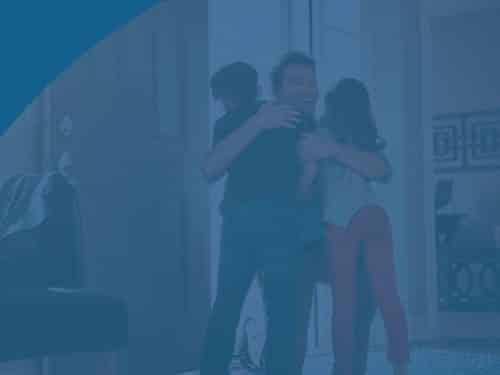 The number of students playing high school sports in 2019 was more than three times what it was in 1988. Along with the rise in athletic participation came a rise in student injuries requiring surgery and prescriptions for opioid painkillers, young athletes with drug problems, and a nationwide opioid crisis.

Belated restrictions on opioid prescriptions means the black market has been flooded with much more dangerous and unregulated opioids. The drugs include heroin and illegal forms of fentanyl, which have increased the number of opioid overdoses and deaths, including actor Philip Seymour Hoffman, musical celebrities Prince and Tom Petty, and Olympic athlete Jarred Rome.

Drug overdose deaths, mostly due to opioids, have tripled, just since 1999. Opioid use abuse poses a risk to the mental and physical health of young student-athletes.

The over prescription and misuse of drugs are not peculiar to high school or college athletes and opioids. Opioid misuse has become an epidemic throughout society. In October 2017, the U.S. federal government declared the opioid crisis a nationwide “public health emergency.”

Opioids are drugs, natural and synthetic, that reduce pain, and are derived from or based on the poppy plant and opium (such as morphine and codeine). Aggressive marketing to physicians by large pharmaceutical companies of new, supposedly nonaddictive opioids, coupled with an economic downturn, helped fuel the epidemic.

One of the problems of opioids is that while opioid painkillers are effective for short-term, acute pain, such as from surgery or a bad fall, they are not well-suited to treatment of long-term pain. That’s because individuals can develop a tolerance to opioids over time, diminishing the drugs’ effectiveness and requiring larger and larger doses to continue to block pain.

Tolerance can lead to dependence, then addiction, conditions that make it physically and psychologically difficult to quit. Opioid addiction can cause mental confusion, nausea, and trouble breathing because opioids are depressants.

Subsequent crackdowns on overly permissive prescribing of oxycodone (OxyContin, Percocet) and hydrocodone (Vicodin, Norco), drove individuals with opioid use disorders to other arrangements, such as black market pills and old-school heroin.

Why Young Athletes Are At Risk for Opioid Abuse

Opioids haven’t always been considered a significant threat to young athletes. In 2011, a National Collegiate Athletic Association (NCAA) guide on ATOD (Alcohol, Tobacco and Other Drugs) issues didn’t consider student-athletes and opioids a serious enough problem to even mention (although there was a reference to generic “narcotics”).

The overall number of overdose deaths due to opioids may finally be declining, but it still seems to be rising among young adults, ages 18 to 25, who are the biggest abusers of prescription opioids (as well as ADHD stimulants and anti-anxiety drugs).

Young minds are especially vulnerable to substance abuse and addiction, though, including student-athletes. In 2015, the number of overdose deaths among adolescents increased almost 4% from the previous year.

Aside from being young, the main reason young athletes abuse opioids is because they are athletes. Young athletes, with growing bodies and developing minds, have more injuries. Sometimes opioids are prescribed.

Some sports have higher rates of injuries than others. Higher use of opioids was recorded by young athletes who participate in contact sports such as football, wrestling, and lacrosse.

Athletes, especially those engaged in high-impact sports, are especially prone to injuries—one in five males and one in seven female student-athletes experience a sports-related injury each year—that may require medical treatment, therapy, and physical rehab, as well as long-term pain management.

This gives the young athletes—and their family members and friends, since most households don’t keep their medications under lock and key—access to powerful, potentially addictive opioid painkillers.

Opioids don’t heal injuries, of course. They only cover up the pain while healing takes place or make it easier to cope with or play through pain. Taken properly and in conjunction with other treatments, opioids are safe and beneficial.

However, playing through pain while masked by opioids is a good way to seriously injure or reinjure oneself.

Side Effects of Opioid Use

Opioids are only intended for short-term treatment of acute pain, pain that goes away as the injury heals. Long-term use only increases the risk of addiction, chronic pain, and possibly overdoses and deaths. The odds increase dramatically after only five days.

Not that opioids necessarily make it easier to safely compete. Opioids are only a temporary solution that can make things worse, especially from the perspective of an athlete.

That’s because opioids can cause changes in heart rate, breathing, endurance, balance, and bone density that might make it more difficult to be active. Opioid use can also cause constipation, nausea, and lack of motivation.How Opioids Can Make Pain Worse

Besides these health risks, long-term use of opioid medications may make pain worse. If pain is blocked, the body may create additional pain receptors. Those receptors may remain when opioid use stops or tolerance develops.

Also, the body has natural painkillers called endorphins. If individuals use opioids for too long, their bodies may stop making as many endorphins. Once they stop taking opioids, they may be more susceptible to pain.

Addiction and the Brain

Nowhere is the danger greater than among the young population in general and young athletes in particular. Not only are they more prone to injuries that may lead to addiction or substance use disorder (SUD), but such substance abuse may also damage their developing brains.

The human brain continues to develop until the mid-20s, so any nonmedical use of prescription opioids (NMUPO) can affect that normal development either by disrupting the brain’s wiring—its neurotransmitters, the way it sends messages—or by hijacking the brain’s reward system, leading to cravings for the drugs and possibly substance use disorder (SUD) or addiction.

Some abuse and addiction are caused by social use or peer pressure, but some are sparked by physician-ordered prescription drug use for injuries and their associated pains, acute (short-term) or chronic (long-term). Opioids, particularly the newer ones such as oxycodone (OxyContin, Percocet) and hydrocodone (Vicodin, Norco), were overprescribed under the mistaken belief that they were not addictive.

While a blow to the head can cause traumatic brain injury (TBI), opioids may cause worse injuries because the entire brain is affected, not just the traumatized area. Still, people with brain injuries are prescribed opioids.

Ways that opioid abuse can cause brain injuries include:

Likewise, brain injuries can also cause or increase the risk of addiction.

The combination of youth and risk of injury would seem to make young athletes particularly susceptible to addiction, but there’s no consensus about whether young athletes abuse drugs more, less, or about the same as peers who do not engage in competitive sports. It may depend on which drugs and which athletes.

Athletes, in general, use drugs for the same reasons as nonathletes: to deal with pain, both physical and psychological, for euphoric effects, and to enhance their performance: better living through chemistry.

A more recent study concluded that the rates of lifetime nonmedical use of prescription opioids and heroin were lower for young athletes than young nonathletes. If this study is correct, then exercise and playing team sports may protect young minds from substance abuse and addiction.

It makes sense: young athletes who aren’t in physical pain are more likely to recognize that they shouldn’t risk damaging their bodies or engage in unsportsmanlike behavior. Athletes are inclined to be healthy so as not to impair their performance. Young athletes report lower rates of using tobacco than young nonathletes.

If they are injured, however, young athletes want to get back in the game as quickly as possible. So they take painkillers, perhaps more than they are prescribed.

Another factor might incline young athletes to opioid use in particular and recreational drug use in general: the desire to fit in and to try new things. Some young athletes believe that includes drinking destructively and using drugs. Some call this phenomenon the college effect.

Whether the rate is higher or lower, young athletes in some sports are more likely to abuse drugs.

Which Athletes Are Most Likely to Abuse Opioids?

The most likely sports are the most physically punishing: high-contact sports.

Of the sports and recreational activities with the most injuries among patients from ages 5 to 24, football and basketball together were responsible for more than 25%. That’s about the same percentage as were prescribed opioids instead of nonopioid painkillers.

Football players and wrestlers are almost 50% more likely to use prescription opioids for nonmedical uses than their other peers, possibly because they have the highest severe injury rate of all high school athletes.

Gymnastics and cheerleading, the top causes of female sports-related injuries, together account for less than 6% of the total.

Because of the risk of addiction, managing pain with opioids should be a last resort. First, try these nondrug forms of pain management treatment:

If drugs are needed, there are nonopioid painkiller alternatives:

Temptations to take shortcuts and to gain advantages over the competition may make doping agents seem attractive. The desire to resume competition as soon as possible after an injury may make opioids almost irresistible. Wanting to relax with friends over euphoric substances may seem understandable. Except nothing is completely harmless.

While the impact of opioid prescriptions on athletic youth is unclear, coaches, teachers, and parents can help fight young athlete drug abuse and addiction. Preventing substance abuse in young athletes requires vigilance by their family and friends, teachers, and coaches.

Pain is not an evolutionary mistake. Pain is a necessary survival mechanism, a warning system. Too much pain can make healing more difficult, but a total absence of pain can make individuals reckless, foolhardy, and further injure themselves, perhaps permanently.

The young, believing themselves to be indestructible, are at particular risk. They aren’t. Responsible adults should advise rest and recovery.

The U.S. Department of Health and Human Services has Informational Materials and Resources to Prevent Addiction Related to Youth at hhs.gov.

Resources for Schools and Teachers