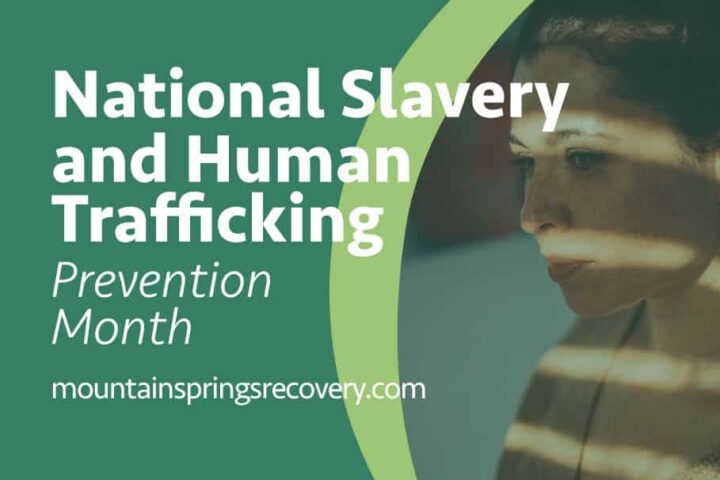 Human Trafficking and Substance Abuse No Strangers to One Another

Substance abuse is no stranger to the world of human trafficking.

Casting aside controversies about hashtag campaigns, it remains a problem worldwide as well as in all 50 states, including Colorado.

The COVID-19 pandemic has opened the gates for more exploitation. Victims can be used for what amounts to slave labor, or they can be exploited sexually.

Hope for Justice, an organization that is trying to end modern-day slavery, estimates that more than 40 million people worldwide are coerced into labor (including domestic servitude) or marriage, or are sexually exploited. More than $150 billion is made each year from forced labor.

Drugs in particular are used on victims. Sometimes they serve as a recruiting tool, particularly among individuals with an existing substance use disorder. For the addicted victim, drugs can serve as a form of control, either as a reward or punishment. And for others, substance use may provide a mental escape from the trauma.

Victims can in turn suffer many medical and mental health problems — anything from a sexually transmitted disease (especially in cases of sex trafficking) to something contracted through shared needles (HIV or hepatitis). Long-term drug use can lead to a number of health problems — liver and heart disease, some cancers, weakened immunity, and more.

The trauma of being a trafficking victim can have a prolonged impact on mental health, including but not limited to depression and post-traumatic stress disorder. Polyvictimization, or complex trauma, is a real concern, too. That’s when an individual has been victimized in many ways: The girl who has been sexually and physically abused, for example, or experienced bullying and family violence. It’s not a repeat of one type of abuse, but several types inflicted on one person.

Trafficking survivors have reported a number of symptoms, including:

Helping the victim takes a delicate and nuanced approach. Not only must trauma be addressed, but possibly long-term medical neglect, substance use disorders, and a number of other mental disorders.

Trauma-informed care can be helpful to the healing process. It provides a safe space — physically, emotionally, and mentally. A goal is to prevent the victim from re-experiencing the trauma as they work to achieve more control and self-empowerment.

Signs of a Problem

If a person has unusual injuries, unexplained illness, suddenly has a much older boyfriend or girlfriend, is unable to speak without a third party present, or someone is keeping their identification, passport, visas, and earnings from them, those are all signs of potential trafficking.

January may be National Slavery and Human Trafficking Prevention Month, but it’s a problem as old as time, and one that has lingering effects on victims and society alike.

rollingstone.com – What is #SaveTheChildren and Why Did Facebook Block It?

sunshinebehavioralhealth.com – Depression & Addiction: How One Can Easily Affect The Other