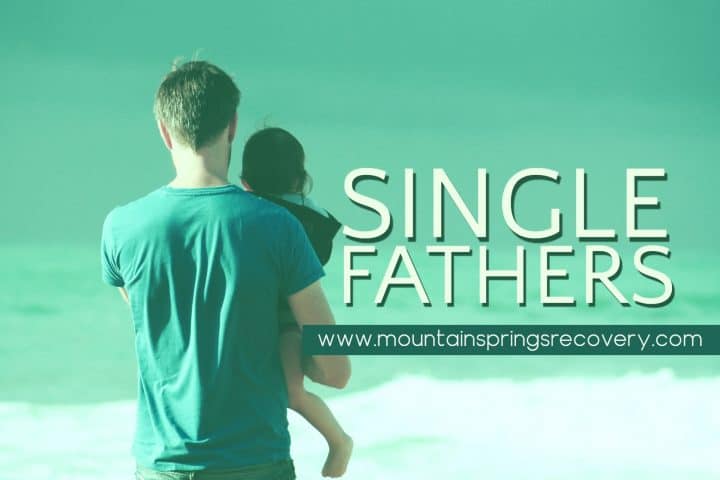 The U.S. celebrates Father’s Day on June 20. For 2021 that also happens to be right before the first day of summer.

It’s fitting perhaps then to shine a little bit of sunlight on one overlooked parental group: Single fathers.

When we think of single parents we probably think more of solo mothers. Interestingly enough, Father’s Day (which we celebrate the third Sunday in June) came around thanks to the work of Sonora Smart Dodd, the daughter of a single father. She was a teen when her mother died, and wanted her dad’s hard work raising several children to be acknowledged. By 1910 she managed to get her home state of Washington to make the observance official. From there it spread from state to state until 1972 when President Richard Nixon made it an official national holiday.

Today Father’s Day celebrates all kinds of papas, from married to single to widowed to transgendered.

Single mothers, as they juggle child rearing, work, housework, and endless other little challenges that occur any given day, are often seen as the epitome of parenthood. Dads are stereotyped as the parent who tinkers with tools in the garage or tosses the pigskin around the backyard with Junior.

Moms are the huggers, the holders, the nose-wipers, the tear-dryers. They issue stern warnings. They carry a baby on one hip while balancing a basket of laundry on the other. In between they measure cups of flour for the PTA bake sale cupcakes. Oh, and the dog needs its worm treatment, and there’s dusting and vacuuming to be done before guests arrive.

So much for easy.

It’s not just the moms who bear the brunt of all those responsibilities, however. Dads, especially single ones, deal with a lot of that, too.

It’s true that dads have one advantage in that they may average a bit more income compared to single mothers, but it’s still hard work.

A fair amount of U.S. children — 27% — are growing up in single-parent households. That amounts to 11 million families. Mothers are at the helm of 8.5 million of those, but dads make up the remaining 2.5 million.

Single mothers may get more headlines in part because they outnumber single fathers by more than three-to-one, but it’s also because childrearing is still seen as belonging in the realm of women. Solo parenting, however, is difficult no matter what. It’s one parent often doing the work of what society has normalized as being done by two.

Single mothers may face harsher judgment for their child or children’s misdeeds, but when they do the job right, it’s the apotheosis of motherhood.

In turn, single fathers admit to hearing all manner of things when it comes to solo parenting.

A single dad’s social life may suffer, too.

A few studies are starting to look at single fathers, though data remains scant.

Compared to all other parents (partnered or not), single fathers are the most at risk for dying younger. It’s also worth noting that more solo fathers were widowed, compared to solo moms, so the stress of grief could play a role in a shorter life expectancy.

Another source of stress, at least for single dads: Women tend to be seen as better at parenting, so they tend to do better in custody struggles.

There’s no easy solution to these discrepancies. Some say our society needs to take down these barriers about the roles fathers and mothers traditionally occupy. Men can be caring, nurturing, sling a tyke on their hip while getting dinner on the table and making sure the kids’ homework gets done.

Policy changes may help. Some say parental leave, not just maternity leave, is a way to go.

In the meantime, experts suggest self-care, keeping a routine, and finding support to better combat stress.

Despite the stereotypes that dads are just there to play sports or tinker in the toolshed, solo dads say parenting is worth it. It not only benefits them, but their children benefit, too.

rd.com – When Is Father’s Day—And Why Do We Celebrate It?

huffpost.com – 12 Things No One Ever Tells You About Being A Single Dad